Last week, RTVE, Spain’s broadcaster for Eurovision, revealed they are already preparing for next year’s Eurovision Song Contest, due to be hosted in Italy. The broadcaster announced that they will be making a special announcement regarding their participation today (July 22) in Benidorm in a meeting with journalists and other media.

Earlier speculation had suggested that Festival de la Canción de Benidorm would return to select the Spanish entry for Eurovision 2022, however, RTVE have announced today that the new format will be a modernised successor. The show will indeed be held in Benidorm, where the press conference took place today, in collaboration with RTVE, the Generalitat Valenciana and the Benidorm City Council. It is intended that the show will run ‘annually’ to celebrate Spanish music.

Although exact dates have not been announced, the selection will take place in February according to Eurovision.tv. In terms of format, like Portugal’s Festival da Canção, the selection will consist of three galas (two semifinals and one final), which RTVE will broadcast live through La 1 and RTVE Play. Details of the submissions process will be announced ‘shortly’.

José Manuel Pérez Tornero, the President of RTVE, recently joined the EBU’s Executive Board. Previously he reiterated that he and the team are taking their forthcoming participation “very seriously”.

Benidorm is a great launching pad for a message: Spanish music to Europe through Eurovision. We want it to be a real and participatory contest, open to all kinds of music. Especially young music.

In addition, he reiterated the broadcaster’s commitment to the contest by describing the selection as a “launching pad to win in Italy. The efforts will be to launch the best candidacy.”

Blas Cantó selected “Voy A Quedarme” to be his 2021 entry to represent Spain at Eurovision back in February. This followed a song selection process where he chose between two songs performed on Destino Eurovision on RTVE. The choice was between “Memoria” and “Voy A Quedarme”, with the Spanish public ultimately choosing the latter. He was originally due to sing “Universo” at the Eurovision 2020 Song Contest before it was cancelled. He was later invited back by RTVE to perform at the 2021 contest.

As Spain are part of the “Big 5” that contribute the most to the EBU, Blas Cantó automatically performed in the Grand Final in Rotterdam. He ultimately finished in 24th, ahead of only the United Kingdom and Germany, with 6 points. Notably, Spain was one of four participating countries (along with the UK, Germany and the Netherlands) to receive zero points from the televote.

In our Voting Quirks feature following this year’s contest, we uncovered that “Voy a quedarme” finished in the bottom three of televoting almost across the board, recording an average placing of 22.9.

Are you excited about the selection? Let us know! Be sure to stay updated by following @ESCXTRA on Twitter, @escxtra on Instagram and liking our Facebook page for the latest updates! Also, be sure to follow us on Spotify and YouTube to see our reactions to the news in the run up to the 2022 national final season! 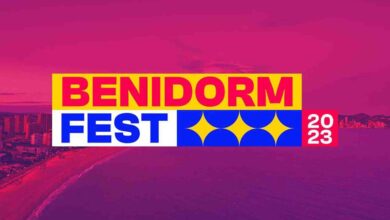