For Eurovision Prediction 2018, the game had a brand new home here on ESCXTRA.com. An (at the time) unprecedented 218 players took part which more than doubled the previous record of 82 players achieved back in 2016. In addition, it was more than triple the 58 players that took part last year.

In an extremely close competition in which the top 10 were separated by just seven points, it was ESCXTRA.com’s Ryan that took victory but do not worry, his predictions were all validated by fellow team members! Nevertheless, it was all about the grand prize which went to the highest placed finisher not affiliated with ESCXTRA.com.

Therefore it was Alex S. that won the 2018 grand prize, narrowly holding off Emily. A special well done to Johanna S. who secured a third consecutive top ten finish… surely a win is around the corner?

Have a look at the full top 10 and the full scoreboard via our results article below!

You can read the full 2018 results here.

2019 turned out to be yet another record-breaking year for Eurovision Prediction! Firstly, we had a tie for 1st and 2nd place – a first for the Eurovision Prediction game. There were 345 of you taking part in the competition, and it was a volatile journey, with the leaders slipping near the end. Oh, the drama!

The top 10 was separated by just 10 points and all top 10 players had predicted between 12 and 16 winners throughout the Eurovision season. James M and Peter P were the joint winners, edging over Jack R by just 4 points. The victory went to James on countback by virtue of making 15 correct predictions, one more than Peter!

Have a look at the full list of results here.

Despite how 2020 has turned out for us all…it started well! A record-shattering 420 of you took part in the competition over the course of 11 rounds. Like 2020 itself, the game was turbulent to say the least…with a number of upsets causing controversy throughout the course of the game.

In yet another nail-biter, a mere 4 points separated our top two. Both James M and Jeff T predicted 14 winners out of 27, proving that you don’t have to predict everything correct to win. Also note that 5 out of the top 10 have names starting with J…

The full leaderboard is embedded in the results article here.

2021 was certainly a different national final season as many nations opted to reselect their artists from the cancelled 2020 contest. Thus, we had just thirteen national finals to predict. Nevertheless, a wonderful 363 of you took part in the competition over the course of 8 rounds.

ESCXTRA’s very own Ryan C secured his second Eurovision Prediction victory, but the real focus was on the incredible three-way tie for second-place. Due to the lack of rounds, our 2021 competition was closer than ever before and as the prize does not go to the host of the game (of course!), Anthony K, Olwen and Shaun C all won our 2021 prize!

The full leaderboard is embedded in the results article here.

With the 2022 Eurovision season already underway courtesy of Eesti Laul and X Factor Israel’s early starts, Eurovision Prediction 2022 is ready to commence. We’ll be revealing the rules of our 2022 game in the next few days ahead of round one beginning on December 6th as ESCZ gets underway with its national final for the Czech Republic! 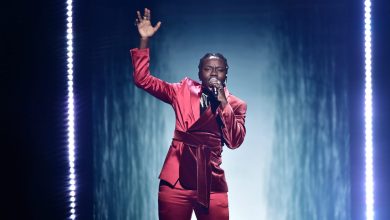 🇸🇪 YOU have predicted Tusse to win Melodifestivalen 2021!

ROUND 8: It’s time to make your 2021 Eurovision Prediction for Sweden

RESULTS: Here’s the Eurovision Prediction 2021 leaderboard after round 7!

🇮🇹 YOU have predicted Ermal Meta to win Sanremo 2021!