Eurosong 2022 entrant Brooke Scullion has revealed some insights into the making of her song ‘That’s Rich’ in an interview with the Official Charts, and reckons the song “could really switch up the face of the competition.”

“Eurovision wasn’t immediately in my mind [for the song],” Brooke said. “Because it isn’t the typical Eurovision song. The Eurovision fans are going to die. When was the last time you heard Ireland submit something as modern as fresh [as this]?”

Although the song may seem well timed to cash in on the current rise of rock music in the charts, Scullion said that the song came to her organically before the explosion of tracks like Olivia Rodrigo’s Good 4 U.

“I wrote this in Christmas [2020],” Brooke shared. “And then the Olivia Rodrigo album came out, and it was probably not the right time to release it. We had to wait for Eurovision to do it for the gays!”

Scullion is also hoping to be able to cash in on what 2021 winners Måneskin were able to do in changing the perception of Eurovision.

“Måneskin completley smashed it,” she says. “And now look at them! They gathered so much press, they made Eurovision cool again. I grew up watching Eurovision and being like ‘I know I could do that, I wish I could do that,’ and now 15 years later, it [could be] a reality.”

She also hinted at some of the elements fans might get to see in the live performance.

“I’m going to give it literally everything,” she teased. “It’s slumber party vibes. I’m wearing silk PJs, feathers, platform heels. Yes, I want to be known as an established artist, but I want to be a performer. I want to get people dancing and having the best night of their lives!”

Catch Brooke and the other Irish hopefuls on The Late Late Show Eurovision Special on Friday 4th Feb on RTE One. 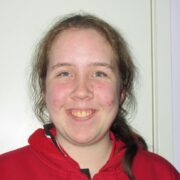 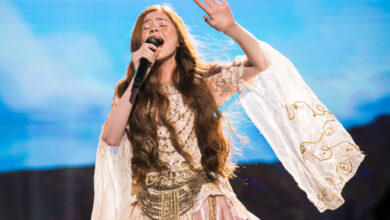