During tonight’s CyBC main news bulletin, the Cypriot entry for the forthcoming Eurovision Song Contest was aired for the first time. Last November, the five member rock group Minus One were internally selected to represent Cyprus in Stockholm.

The song entitled Alter Ego was produced by Thomas G: Son. He is a familiar name among Eurovision fans as he is a prolific Eurovision composer. He wrote a number of Eurovision entries including; Quédate conmigo (Spain 2012) and winning entry Euphoria (Sweden 2012).

Alter Ego is a moving pop rock song with highly noticeable Swedish sounds. The initial reactions on twitter are quite positive as this is a song which can surely stand out from the lot in Stockholm.

Minus One will perform in the first semi-final on 10th May 2016. Last year Cyprus managed to qualify to the final and Minus One hope that they can achieve more than the result obtained in Vienna.

🇮🇸 Here’s the line-up for the Söngvakeppnin 2020 final! 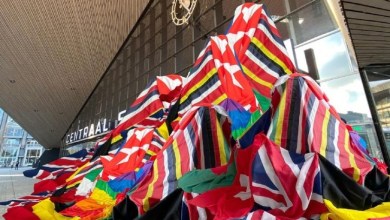 7 days ago
Check Also
Close
Translate us!
Our sources