After Eurovision 2019, Luca Hänni has certainly been busy, after acheiveing Switzerland’s best result of the decade. Part of his new venture saw him participate in Germany’s ‘Let’s Dance‘; Germany’s answer to Dancing With the Stars/Strictly Come Dancing.

The final of the competition took place last weekend, which saw Luca placing third overall; one place higher than his Eurovision result ;)

‘Your positive feedback always motivated me’

Luca’s Let’s Dance journey saw him paired up with Christina Luft; who has participated in two previous seasons of the competition. During his stint at Let’s Dance we saw Luca having consistency; and not scoring below 20 each week.

Once his stint on Let’s Dance, he took the time to thank his fans for their support during his time in the competition, and thanked everyone who made it possible.

What a Let’s Dance final 💯🕺💃 We gave everything… with all the excitement, the first two dances didn’t quite succeed as desired..

As much as I would have wished to get the Lets Dance Cup not only for me, but also for you my loyal fans and of course for my dance partner Christina Luft 🙏🥰

These 3 months in cologne showed me once again what amazing fans I have!!

❤️ Thank you for everything ❤️

You are able to see clips of Luca’s performances in Let’s Dance by clicking right here.

After not having reached a final five years in a row, the Swiss broadcaster decided to choose the entry for Eurovision 2019 internally. SRF ended up with Luca Hänni. He released ‘She Got Me’ on 7 March 2019 and immediately became hugely popular. As a result, the expectations were immediately high for the country, because for the first time since long they made a big chance of qualifying.

In Tel Aviv, Luca entered the second semifinal. There he managed to advance to the final with ease. That marks the very first final for Switzerland since 2014. Luca also managed to pack the whole of Europe in the final with his summer hit and dance skills. After the exciting scoring, Switzerland was pretty fourth. The best Swiss result since 1993!

Do you think Luca should’ve won the competition? Let us know! Be sure to stay updated by following @ESCXTRA on Twitter, @escxtra on Instagram and liking our Facebook page for the latest updates! Also, be sure to subscribe to our YouTube channel to see our reactions to the over the coming months. 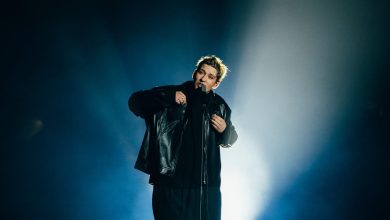