Hello! My name is Conor Kelly and I am 18 years old. I live in Ireland, in the South-East region not far from Waterford city. At the moment I’m in a bit of ‘transition’ phase of my life as I have just graduated (virtually!) from high school. I’m hoping to study to become a high school teacher in college, my subjects being history and geography. Hopefully I shall receive the equivalent of ‘douze points’ in my exam results!

Now this takes me back! I first began to take an interest in the Eurovision in 2009 (this seems to be a common year for many of us!). At the time, I was a big fan of shows such as the X Factor and after an episode of The Simpsons (!) I saw an advertisement for the Eurovision semi finals. It looked like my cup of tea so I decided to tune into the 1st semi final. I loved every minute of it and I have been hooked ever since! As an 8 year old I found Belgium’s Elvis wannabe particularly enjoyable!

So I first began to follow national finals and listen to the songs before the contest in the 2011 season as I had finally gotten my own PC. I remember loving the entries of North Macedonia and the eventual winner, Azerbaijan (I do love a cheesy ballad!). During the severe ‘Post-Eurovision depression’ I faced in the summer of 2011, I travelled back in time and watched some classic Eurovision contests, including the 1991 contest (if you know, you know 😉 )

In the years since, my passion has only grown stronger. I have managed to listen to every Eurovision song at some point in time and followed many a national final. My personal favourite is ‘O melodie pentru Europa’, the Moldovan national final, it is a unique experience to watch! I love nothing more than to read the opinions of others on different Eurovision entries over the years… it’s always so interesting to see how opinions can vary so much with music. My personal highlight has been my winner in 2018, Austria, reaching the top 3. This is very unusual for me as usually my favourites don’t do so well. Thank you Cesár Sampson for restoring the integrity of my taste in my music!

What really attracts me to Eurovision is the various different styles of music that is presented in each edition. Each year the viewer is treated to different vocal styles, a number of interesting instruments and a unique act. There is no other type of show that has such a variety. Countries are not limited to one genre, they have immense creative freedom to send the song and representative they wish. Another factor that contributes to my love of Eurovision is my lifelong love of different cultures and languages. Eurovision is a treasure trove of unique languages and ethnic sounds, styles and costume. A great example is the 1980 Norwegian entry ‘Sámiid ædnan’ which was the first exposure for many worldwide viewers to the Sami Culture and the iconic ‘Joik’.

I have been aware of the site since 2013. I have always found it had the best interface and the articles were always well written and very informative. I had also heard great things from friends who wrote for the site in the past, and so I could not help but want to follow in their footsteps! It also has the best name of any Eurovision website… I mean how catchy is ESCXTRA? I can already see the newspaper headline!

And finally, your top 5 Eurovision songs of all time?

This is always the most difficult question for a Eurovision fan, I mean we have songs from over 65 editions to choose from! However, there are a few that spring to mind. 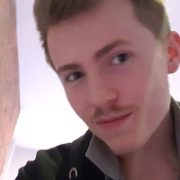