On 2 March, it has been announced that Hooverphonic will release their entry for the upcoming Eurovision on Thursday morning 4 March. After radio channel MNM sent the entry into the world, escxtra will attend a virtual press conference. Stay tuned!

What can we expect on Thursday morning? Radio channel MNM gets the honour to send the song into the world at around 8.45 AM CET. A few minutes later, the song will be available on every music platform and Hooverphonic will also publish their music video on their YouTube channel. Once the release process is done, Escxtra gets the chance to attend a virtual press conference from which we could report some more details.

Except for a vague hint at the beginning of February, it remained rather quiet in camp Belgium. That silence was broken again by a new teaser that we could see on the page of Songfestival.be.

Belgium is one of the seven countries that have been participating in the contest since the very beginning in 1956. Of these, they only had to miss the festival three times, which means that they will participate for the 62nd time in 2020. However, the small Western European country has already had a bumpy track. Belgium had to wait until 1986 to win their first and so far only victory and has already collected eight last places. In 2021, VRT counts on Hooverphonic to make their little nation proud. Are you excited about their new entry? 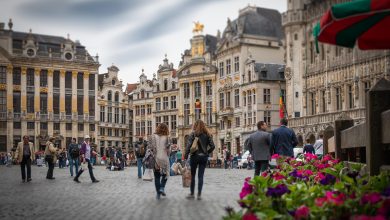