Eurovision – Australia Decides 2022 competitor Sheldon Riley has released his song that he will compete with on the Gold Coast on February 26.

“Not the Same” was released at midnight local time, and was written by Sheldon himself.

He has plenty of singing competition experience, having competed on “The Voice” in Australia and “America’s Got Talent” in the US, so he will certainly be looking to use that experience to his advantage on the Gold Coast stage.

Many of the Eurovision – Australia Decides 2022 entries have been revealed over the past few weeks:

Eurovision – Australia Decides 2022, hosted by Joel Creasey and Myf Warhurst, will be broadcast live on SBS on 26 February 2022 at 20:30 AEDT (9:30am GMT/10:30am CET). The Eurovision 2019 televote winners KEiiNO will return to Australia after their successful 2019 tour of the country and be the special international guest act. Australia’s most recent representative Montaigne will also perform during the show. The eleven artists will compete for the chance to represent Australia at the Eurovision Song Contest 2022 in Turin, Italy.

What do you think about Sheldon Riley’s Eurovision – Australia Decides 2022 entry? Let us know! Be sure to stay updated by following @ESCXTRA on Twitter, @escxtra on Instagram and liking our Facebook page for the latest updates! Also, be sure to follow us on Spotify and YouTube to see our reactions to the news from the 2022 national final season! 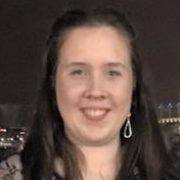