Portuguese broadcaster Rádio e Televisão de Portugal (RTP) has officially confirmed that Portugal will once again return to compete at the Eurovision Song Contest 2023, which is set to take place in the United Kingdom.

In a press release, the broadcaster confirmed that Festival da Canção will once again be used to select their entry. Following the success of last year’s open submissions, three of which qualified for the final, four entries from the 2023 edition will once again be chosen by the open call for songs. The remaining 16 entries of the selection will be from songwriters and composers directly invited by RTP.

The open call began on September 2nd and will close on October 21st. The guidance is as follows:

Portugal at the Eurovision Song Contest

Out of 53 participations to date, Portugal has won the Eurovision Song Contest once – in 2017 with Salvador Sobral’s “Amar pelos dois”. Their next best result was with “O meu coração não tem cor” by Lúcia Moniz back in 1996, which finished 6th.

Earlier this year in Turin, Maro brought Portugal its second consecutive qualification and 11th ever top 10 placement. She placed 9th with 207 points with “Saudade Saudade”.

Are you looking forward to Festival da Canção? Let us know by leaving a comment below! Be sure to stay updated by following @ESCXTRA on Twitter, @escxtra on Instagram, @escxtra on TikTok and liking our Facebook page for the latest updates! Also, be sure to follow us on Spotify for the latest music from your favourite ESC and JESC acts. 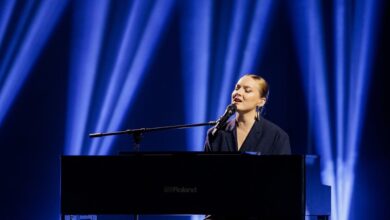