On social networks, Delphine Ernotte, director of France Télévisions confirmed, only an hour after France’s victory at Eurovision Junior, that the country was interested in hosting it in 2023.

Indeed, in a tweet congratulating Lissandro, Delphine Ernotte confirmed that France Télévisions intended to host the Junior Eurovision Song Contest 2023. Head of delegation Alexandra Redde-Amie also confirmed this during the winner’s press conference that the country wishes to host in 2023.

Thus, this could be the second time that France could host the competition after that of 2021 in Paris.

France won the 20th edition of the Junior Eurovision Song Contest in Yerevan, Armenia on December 11th. With his song “Oh Maman!”, he reached the top of the scoreboard with a total of 203 points: he came first in the juries with 132 points and 3rd in the online voting with 71 points.

Do you think France will host the Junior Eurovision Song Contest again after a year apart? Let us know by leaving a comment below! Be sure to stay updated by following @ESCXTRA on Twitter, @escxtra on Instagram, @escxtra on TikTok and liking our Facebook page for the latest updates! Also, be sure to follow us on Spotify for the latest music from your favourite ESC and JESC acts. 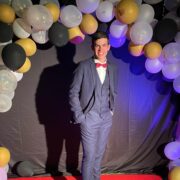