No surprises from the land of the Barbara Dex Award: Trijntje Oosterhuis has been chosen the worst dressed performer of the Eurovision Song Contest 2015. She more than doubled the score of the runner-up: Bojana Stamenov from Serbia.
The Dutch singer was rather insecure about what she’d wear in Vienna and she ended up with this outfit, which has now been voted the debacle of 2015: a jumpsuit which could not please anyone. It was the third outfit she tried on during her time in Vienna, after the cut open dress and a more normal design. She gathered a massive 1324 votes, landsliding a ‘victory’. Runner-up Bojana Stamenov received ‘just’ 605 votes. Third place goes to Electro Velvet from the United Kingdom, receiving 397 votes.
Trijntje joins a gallery of winners like Vilija (2014), Moje 3 (2013), Zoli Adok (2009) and obviously, the namegiver of the award: Barbara Dex. 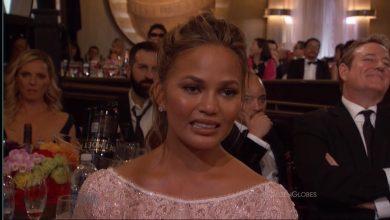