Furthermore, read our handy guide for a more detailed look at this contest’s rehearsal schedule.

In addition, for our immediate reactions to every single rehearsal, you can follow our live stream from the press centre at the Altice Arena by visiting our YouTube channel.

The latest artist to rehearse for the second time is Rasmussen for Denmark. We have just watched their latest run through of Higher Ground live on screen and here is our initial reaction.

This is very similar to the first rehearsal. As a reminder…

If you’ve seen Dansk Melodi Grand Prix, you will know exactly what to expect as once again DR elect to stick to their national final staging. The performance is bathed in blue lighting, with a large boat sail on either side of the stage. For the final chorus, the wind machine is turned up and we get the snow effect as used in Dansk Melodi Grand Prix. Although they seem to be having some issues getting it working correctly – the snow was falling far behind Rasmussen.

Rasmussen is joined by four backing vocalists and one of these go to the back of the stage during the final chorus to wave a big white flag. This would really benefit from some dry ice!

Camera shots in this performance: 49

Rasmussen’s vocals can’t be faulted and he works in perfect harmony with the backing vocals.

The outfits are also the same: the costumes from the national final. They look great, so we’re not complaining!

To qualify or not to qualify?

Stay tuned for our reaction to Cláudia Pascoal as they rehearse O jardim next for Portugal. If you want to know what to expect for the rest of the day, check out our rehearsal schedule here. Meanwhile, remember to tune in to our live stream from the press centre for instant reactions to each rehearsal.

I've watched Eurovision for as long as I can remember, but my interest really built in 2008, after I decided to watch the semifinals online, out of boredom, before the final...I was blown away by the quality of the show and have been hooked ever since! I'm a competitive trampolinist and I love baking. I've also just completed a master's degree in Research Methods in Psychology at University College London. 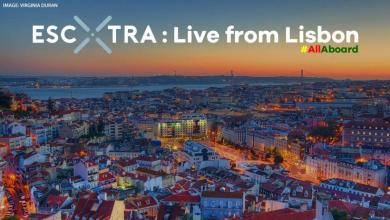 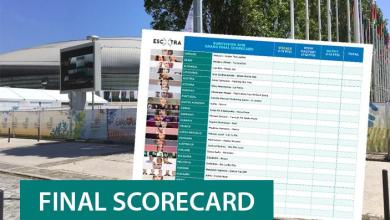 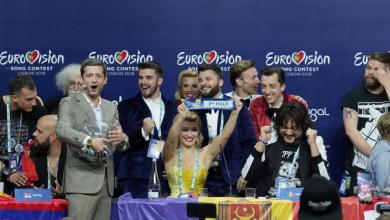