Slideback Sunday this week isn’t going all that far back into history. Australia is the country, so further back than 2015 isn’t even possible. But we’ve decided to hop back to 2019, to Tel Aviv and Kate Miller-Heidke. She was flying high in Israel, but what does our team think of “Zero Gravity”?

To many fans, Australia has by now become a steady force in the Eurovision Song Contest. There was uproar in 2015, but by now, we’ve managed to get used to them being here to stay – and I, for one, applaud them. That said, I normally don’t really applaud their songs. But then there was Kate Miller-Heidke…

After years of sending internally chosen radio friendly pop, Australia decided to take a deep dive last year when they opted for a national final. The show itself was exactly what I think a good national final should be. There was an incredible variety in songs: Electric Fields, Sheppard and the list goes on. And there was Kate Miller-Heidke.

Without a proper musical melody to it, Kate decided to showcase her operatic skills for the show. I previously knew her from sweet, poppy ballads like “Last Day On Earth”, which dates back to 2009. It was her sweet comeback to music and I loved it from the first moment of hearing it. However, when I saw the line-up of Australia Decides, I was convinced Kate would need to settle for a third place, maybe fourth. As the votes rolled in, my eyes blinked more than I normally would. World top selling artist Sheppard falling behind? The ethnic bonanza that was Electric Fields not keeping up? When the show ended and Kate had won, I had no idea what was going to happen in Tel Aviv. The song was so divisive, this could go anywhere: From a horrible flop to incredible heights. And heights, we got…

The vocal acrobatics were a sight to behold in Tel Aviv. Kate did things with her voice I didn’t think were possible. For some reason, she even managed to do them whilst attached to a giant swinging pole, giving us the idea of floating through the sky. It was truly magnificent to watch and for a while, Australia became a dangerous outsider to take the crown. Now, as a Dutchman, I must admit I’m relieved she didn’t win. But she would’ve deserved more than ninth, where she eventually landed after coming down from her pole.

What the team thinks

You know what, I will admit it. I did not like Zero Gravity in the beginning, it wasn’t something I liked in the first listen (I wanted Sheppard to win okay!). However, the more I delved into the track, the more I learnt about it, the more I loved the song. What’s more, when I watched her first performance in Tel Aviv, I fell in love, I did not know how she could beat her performance in Gold Coast, and she did. She has done Australia proud with her result.

I love opera, I love pop and I do love pop-opera. Therefore, I should really like this. But this for me is a painful listen, I just can’t listen past the first minute or so. I can’t deny that Kate is an exceptional singer and performer and there are some of her other songs that I really like. But the possibility of this winning the whole show had left me dreading for days in Tel Aviv. Thankfully, people didn’t get too distracted by the performance.

I’ll be super honest – when this song won I was upset. In my mind, Electric Fields were the only potential winner worthy of going to Eurovision for Australia. Reader, I was wrong.

Not only was Kate one of the strongest and most versatile female singers in Tel Aviv, but the staging was masterful. Yes, it was cool, innovative and cleverly shot. If you think back to the performances of the 2019 contest – Australia (alongside Iceland!) stand out as most impactful. But more importantly, it actually carried a personal message and layered spectacle with meaning. Compared to the strophic and/or verse-chorus-verse-chorus-bridge-chorus structure, that typically builds throughout – Zero Gravity plays and challenges our perception of song structures. The main chorus is pretty understated, bordering acapella with four words stretched out. It leaves intrigue and possibly confusion… but ultimately wonder at KMH’s voice. It is only towards the end of the track when the backing vocal counter chorus kicks in does it all ‘make sense’ to our conventional ear. I love how every verse tests and develops a different vocal tone and technique. This was a technical minefield for the singer and a daring experimental entry matched with stunning visuals.

I’m still not entirely sure I approve of Australia taking part in Eurovision, but I have accepted that they’re most likely here to stay. And even though I don’t like to admit it; they have given us a few really good songs in the six (yes, I’m counting 2020) years since their debut in Vienna. My fave of theirs is “Tonight Again”, in second place is “Don’t Break Me” and finishing up my top three is “Zero Gravity”. I LOVE the first 40 seconds; I really wish there was a song somewhere that sounded like that all the way through. The rest of the song leaves me speechless; is there nothing Kate can’t make her voice do?! The performance is stunning; the visuals in the “Nothing holding me down” bit from 2.15 to the end are too gorgeous. I really want to be “a woman on a stick”, but I’ll save it for my next life. In this current one I’m a bit too wimpy for that kind of thing.

What’s your opinion on ‘Zero Gravity’? Do you agree with the team? Let us know! Be sure to stay updated by following @ESCXTRA on Twitter, @escxtra on Instagram and liking our Facebook page for the latest updates! 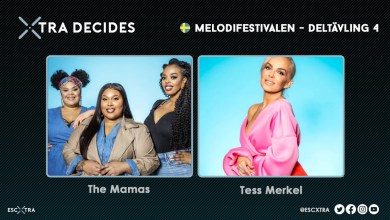 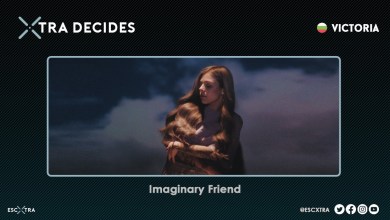 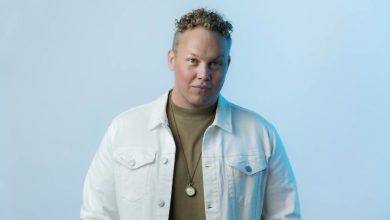 🇳🇴 KIIM: “The song needed to be felt right” [INTERVIEW]