Following speculation that Croatia will be selecting their 2021 entry via DORA, HRT confirmed that the national selection will be returning. This ultimately means that Damir Kedžo will not be internally selected to represent Croatia next year. However, could he be returning to DORA to reclaim the ticket to Eurovision?

Although HRT confirmed that they will be honouring their two-year contract with the venue in Opatija for DORA 2021. The Croatian broadcaster thanked Damir for his co-operation, as well as the songwriters and producers of his song “Divlji vjetre”.

After (Eurovision) being postponed to next year due to the COVID-19 pandemic, HRT has decided to continue its tradition and that DORA will be held next year as planned in February 2021. Accordingly, who wins will get to represent Croatia at the Eurovision Song Contest 2021

While Damir has not been internally selected, he can still enter DORA 2021 to be in with a chance of returning to represent Croatia in Rotterdam next year.

This might well be the case, according to his Instagram. On Thursday, he reposted the story of a producer, who he appears to be developing a new entry with. Although there will likely be a shortlisting process, it is highly likely that if Damir proceeds with submitting the song, he will be back in contention to represent Croatia at Eurovision in Rotterdam! He would be joining the likes of Estonia’s Uku Suviste in competing in the forthcoming editions of the national finals they have already won in 2020.

Back in July, Damir had released a new album titled “Poljubi Me Sad”, which features “Divlji vjetre”.

Damir Kedžo won Dora 2020 with his song “Divlji vjetre”. In the selection, he won the televote and finished second in the jury vote. Unfortunately, due to the COVID-19 pandemic, Eurovision 2020 had to be cancelled. Croatia was scheduled to perform in the second half of the first semi-final.

Would you like to see Damir return to DORA? Do you agree with the broadcaster’s decision not to select him? Let us know! Be sure to stay updated by following @ESCXTRA on Twitter, @escxtra on Instagram and liking our Facebook page for the latest updates! Also, be sure to subscribe to our YouTube channel to see our reactions to the over the coming months. 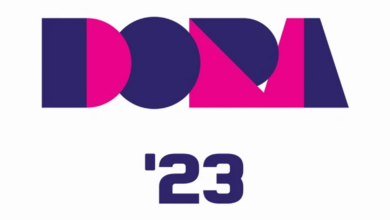