As previously reported, a host of familiar faces from the Eurovision bubble were nominated for 2020 European Music Awards. Following the ceremony at the weekend, three of these artists went on to win in their respective categories!

The full list of winners can be found here, with the ‘Select your Region’ option at the bottom enabling you to view the country-level categories.

He may not have made it to Eurovision this year, but this should be a suitable consolation. Despite the ongoing pandemic, Diodato has had a hugely successful year, winning the prestigious Sanremo festival and going Platinum with his winning entry “Fai Rumore“. Now, as with his predecessor Mahmood, he has won Best Italian Act at the MTV EMAs.

Just found out that I won the MTV EMA for Best Polish Act and I am extremely happy and grateful. I wanted to thank my fans for always supporting me. You are the best ❤️❤️❤️ As for polish woman, where basic women’s rights are taken away – winning this award is a symbol that my voice matters. I wish that the voice of Polish brave women mattered as well P.S Ja głosowałam na Quebo, ale uszanuje Wasz wybór XD @mtvpolska_official @mtvema

Poland’s Margaret has had a glorious return to the spotlight following a break from the spotlight late last year. Following a string of successful singles via her own label, she has won Best Polish Act at the MTV EMAs. She previously received this award at the 2018 ceremony.

Another repeat offender from the Eurovision universe was Portugal’s Fernando Daniel. Fernando competed in Festival da Canção 2017 alongside eventual winner Salvador Sobral, placing 5th with “Poema a dois”. Having won Best Portuguese Act last year, he has defended his title for the second year in a row. Could a FdC return be on the cards?

Congratulations to all the winners and nominees! Be sure to stay updated by following @ESCXTRA on Twitter, @escxtra on Instagram and liking our Facebook page for the latest updates! Also, be sure to subscribe to our YouTube channel to see our reactions to the over the coming months. 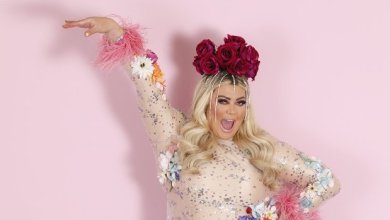 🇬🇧 Gemma Collins believes she can win Eurovision for the UK