Lithuania’s public broadcaster, LRT, has released the official running order for Saturday’s semifinal. The 10 qualifiers from the two heats will compete again for 5 spots in the final, where The Roop have automatically qualified with their song, “Discoteque,” which was released last weekend.

Artists competing in the semifinal have also announced changes in their live performances for Saturday’s show. At least half of the acts have edited their outfits for the semifinal, both Milita and Voldemars have added new choreography, and Norbertas has opted for a complete overhaul of his stage show for Saturday.

Lithuania debuted at the contest in Dublin in 1994. Their first entrant, Ovidijus Vyšniauskas with the song “Lopšinė mylimai,” finished last with nul points.

Lithuania has competed in every contest since 2004, qualifying for the final 9 of the 16 times they have competed in the semifinals (the best record of the three Baltic nations). Lithuania’s best finish coming in 2006 with LT United’s song, “We Are The Winners.” Though they didn’t win, their 6th place finish is still unmatched today.

Last year, Lithuania chose The Roop to represent them in Rotterdam with the song “On Fire.” On Fire was an instant hit, rocketing Lithuania to the top of the odds and becoming a semi-viral TikTok trend in Lithuania. However, due to the COVID-19 pandemic, Eurovision was cancelled. LRT granted The Roop an automatic pass to the final of Pabandom Iš Naujo! this year.

Are you excited for Saturday’s semifinal? Let us know! Stay up to date by following @ESCXTRA on Twitter, @escxtra on Instagram and liking our Facebook page for the latest updates, as well as subscribing to our YouTube channel where you can watch our reactions to the news in the upcoming months. You can also follow our Spotify for more music from your favorite acts! 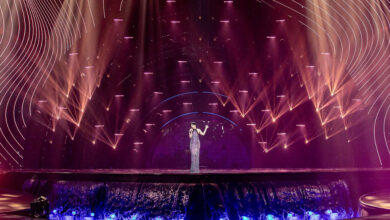