Lesley Roy will represent Ireland at the 2021 contest in Rotterdam with her entry “Maps”, which was revealed last Friday. Both Logan and McNamara have criticised the fact that Irish songwriters were unable to be involved in this year’s selection process, which saw Lesley work with international writers.

“Blocked from getting involved”

Former Eurovision winner Johnny Logan, who appeared in “Europe Shine a Light” last year, told The Irish Sun that he believes it is wrong that RTÉ now select their entry “behind closed doors” without contribution from “Irish songwriters”.

Irish songwriters like Phil Coulter or Shay Healy launched their careers writing for Eurovision. As if the past year hasn’t been bad enough for songwriters, musicians and producers. The fact that they were blocked from getting involved with Eurovision couldn’t make it any worse. RTÉ do the whole thing behind closed doors… [they] are a little opaque.

Logan also added that he believes Irish fans have nothing to do except “clapping” for the song, as they have nothing “to do with the selection process”.

It is not the first time that Logan has disapproved with the Irish selection. In 2017, he attacked RTÉ’s ‘internal selection’ approach calling it “cheap and nasty” as he turned down Louis Walsh’s request to write a song for Brendan Murray.

Frank McNamara, who was musical director at the 1997 contest in Dublin, added that he believes RTÉ should return to hosting a national final, before going to say that he has “never been asked” to be involved in the selection.

I have never been asked [to be on the selection panel]… I don’t know why we can’t go back to the old days of a National Song Contest. It worked, that’s why Ireland won the contest a record seven times.

Irish broadcaster RTÉ have responded to Logan’s and McNamara’s comments, defending its selection process, saying that it is similar to the selections of “a lot of other Eurovision participants”.

We have tried many different selection methods over the years, which have included juries, public votes and a mix of public vote and juries. Like a lot of other Eurovision participants in recent years we have opted for an internal selection… a public vote is not something we would ever rule out for future contests

– Spokesperson for RTÉ, in response to Logan and McNamara

Lesley Roy will represent the nation with “Maps” at the 2021 contest in Rotterdam. She is set to perform in the first half of the first semi-final.

Do you agree with Johnny Logan that “Maps” is “not an Irish entry”? Would you like to see RTÉ change their selection process in the future? 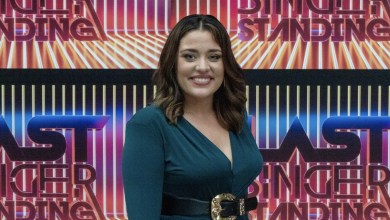 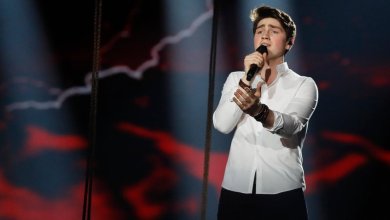