RTL, the national broadcaster for Luxembourg, have confirmed that they will not take part in the 2021 Eurovision Song Contest in Rotterdam. They are the second country, after Andorra, to confirm their non-participation for next year.

The five-time winners, who took part in the very first Eurovision in 1956, last took part in the contest in 1993. Their final entrant, Modern Times, were one of only nine Luxembourgish acts to represent the nation.

News is the focus for RTL

Speaking to ESCToday, the national broadcaster stated that they do not currently have a focus on music and entertainment shows. They are instead concentrating on news features.

They also stated that taking part in Eurovision again would put the broadcaster under a financial strain. The reason for their continued non-participation in the contest is the same as last year, showing there has no shift in interest or focus from the broadcaster.

Luxembourg in the Eurovision Song Contest

Making their debut in contest number one, Luxembourg took part 37 times between 1956 and 1993. Due to poor results in prior years, they were relegated in 1994 meaning they would have to sit out for a year. Instead, they withdrew and have not returned since.

Luxembourg have finished in the top 3 on seven occasions with five wins and two third-place finishes. Their first win came in 1961 with Jean-Claude Pascal’s “Nous les amoureux”. Corinne Hermès brought the last win to the country in 1983 where she picked up 142 points for her song, “Si la vie est cadeau”.

Their last entry, “Donne-moi une chance” by Modern Times, finished 20th place in 1993 with 11 points. The song, which was performed in both French and Luxembourgish, received their highest amount of points from Malta, who awarded them 10 points, only placing the winners Ireland higher.

With two countries now out of Eurovision 2021, would you like to see any other countries make a return next year?

After joining the team in 2018, I've been lucky enough to cover four Eurovision seasons and I'm excited to see what 2023 has in store for us! I'm a music enthusiast, but also enjoy learning - so you'll likely find me in a classroom or listening to the best new music!
Show 3 comments

Comments on 🇱🇺 No Eurovision return for Luxembourg in 2021 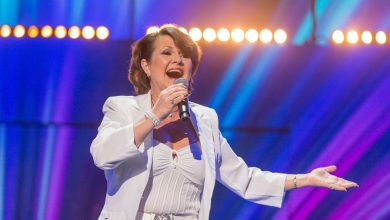 🇱🇺 No Eurovision return for Luxembourg in 2022