In a recent interview, former Hungarian Head of Delegation, Lőrinc Bubnó, has said that he believes Hungary has withdrawn from the contest due to financial reasons or as a result of Hungary’s attitudes towards the LGBTQ+ community.

Speaking with former Czech Head of Delegation, Jan Bors, as part of his new series ‘Humans of Eurovision’, he also spoke about how most Hungarians believe “Eurovision songs mostly suck”. Hungary announced their withdrawal from the contest in October 2019, with no intentions to return since.

“A stigma in most of the post-Communist countries”

In the interview, Lőrinc talked about Hungary’s withdrawal which he “didn’t know” about when he left MTVA. However, he did say that believes the reasons for withdrawal are “two-fold”, with one reason being the financial burden of the contest:

One reason is the money, since taking part at Eurovision costs a lot of money, and as we’re not too rich as a country, if there’s something to cut… then it’s pretty sure that they’re going to cut this.

Another reason he stated was the fact that some Hungarians, namely the “older generations”, do not accept the LGBTQ+ community, which he said he “doesn’t agree with”:

On the other hand, and this is not just the broadcaster, but Hungarians still need some time to be ready to accept the LGBTQ community… I don’t agree with it. It’s really not a big deal, like, the fact someone is gay, lesbian, bisexual or queer has nothing to do with how they think, what kind of people they are.

It is not the first time that Hungary’s withdrawal has been linked to the public view of the LGBTQ+ community. Last year, an article in the Hungarian media suggested MTVA had withdrawn from the contest as it was ‘too gay’. A Hungarian government minister responded stating that:

As well as Hungary’s withdrawal, Lőrinc also discussed his time as Head of Delegation. Despite not following the contest beforehand, he said that “it was a big learning experience” as he had “never worked on such a huge production before”.

Like many countries, he talked about how the people of Hungary often perceive Eurovision songs in a negative light, which means many acts do not take part.

That is also the reason why not too many great bands from Hungary entered the national selection because they didn’t view the contest as something that could change their career for the better.

AWS, who represented Hungary at the 2018 contest, remained very much to their roots, similarly to the Czech Republic’s Lake Malawi, he explained.

We didn’t want to turn them into a ‘Eurovision act’ – we just let them do their own thing, and it worked.

What do you think of the interview? Do you believe Hungary withdrew from the contest due to money and the LGBTQ+ community? 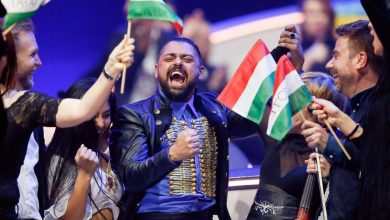 🇭🇺 Eurovision participation not mentioned in A Dal 2022 rules