Dutch broadcaster NPO will be airing a documentary on the Eurovision Song Contest 2021 tonight. The title of the documentary is NOS: De grote finale van het Songfestival. Channel NPO 1 is responsible for the show, which will start at 20:30 CET tonight. One of this year’s host broadcasters, NOS, has produced the show.

Behind the scenes at Eurovision 2021

The documentary will first and foremost the hosts of this year’s Eurovision Song Contest. Chantal Janzen, Jan Smit, Edsilia Rombley and Nikkie de Jager will look back on their experience from an empty Ahoy in Rotterdam. In the preview, which we can see on Chantal Janzen’s Instagram, we get a little taste of what to expect tonight. We see exclusive rehearsal footage from the Grand Final and the directors’ room live in action. In there, we hear that Chantal was hoping for something to go wrong to deploy her improvisation skills. She eventually got to display those in the jury final of semifinal 1, where she had to fill time due to a technical error. Her solution? Getting the entire audience to sing a Dutch children’s song, In de maneschijn, a play on Italy’s winning band Måneskin.

Sietse Bakker, the Executive Producer of Eurovision 2021, has also given us a sneak peek of what to expect tonight in NOS: De grote finale van het Songfestival. His clip focuses on Jan Smit and Chantal Janzen rehearsing for the reveal of the televoting during the Grand Final. We get an exclusive look at the screens the hosts have in front of them, with Chantal then comparing it to steering a massive cruise ship. Besides that, the hosts will discuss their outfits, with Jan wishing for a simple suit and Nikkie choosing to go with a nod to trans rights in all of her dresses.

The documentary will also feature director Marnix Kaart and Head of Show Gerben Bakker, who will show the audience as much as they can of the organisation and production behind the biggest TV event of the year. What happens when a camera stops working? How do you fill time? We will find out tonight!

“NOS: De grote finale van het Songfestival” will air at 20:30 CET tonight on NPO1. If you have a free hour, let us know what you think after watching along tonight! 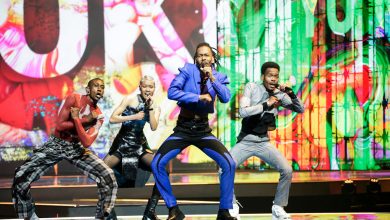