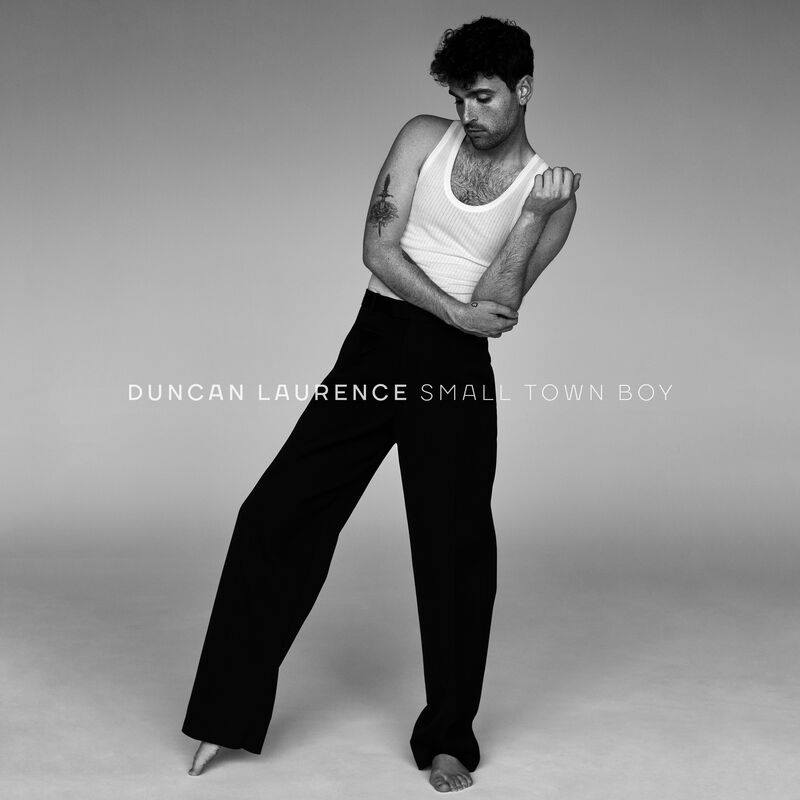 They say ‘Good Things come to those who wait’. Well, we waited so long, but a year on, after winning the 2019 Eurovision Song Contest, reigning champion Duncan Laurence, has finally released his debut album ‘Small Town Boy’. Featuring 12 tracks, Duncan delivers a personal and well-thought-out album. Most of the songs featured have been released previously through his EP ‘Worlds on Fire’ in the Spring of 2020, with a couple of singles released in the lead up to the release of the album. We are happy that the reigning champion has finally released his album so we thought about diving into the album with a full review. Join us in celebrating this release with us. For the first track of the album, we open up with ‘Beautiful’, which was also the opening track from his EP ‘Worlds on Fire’. Duncan described the song in his Song Stories, that the story was originally was about a friend from school, which then evolved to a song about his friends now, who knows him behind the stage. The slow and mellow vibe continues on to the second track, which is ‘Yet’. Duncan co-wrote the track with Lodewijk MartensMatthijs de RondenWill Knox. The song was inspired by a poem by Lang Leav. In a Song Story post on Instagram Duncan said “You’re like looking into the future, and imagining what your lover will be like”. We then move on to two tracks, which looks at the theme of heartbreak. We start off with ‘Between Good and Goodbye’, where Duncan sings about a relationship that is about to end, and Duncan singing that if a relationship is to end, it would be best to have closure and just say what has changed in the relationship. We then move on to ‘Loves You Like I Couldn’t Do’, we see this from the other person perspective’s where despite the heartbreak that has happened, you would like to wish the person well, and that they’ll be able to find the person who’ll love them in the way the couldn’t. The fifth track of the album is ‘Sleeping on the Phone’. Duncan co-wrote the track with his fiance ‘Jordan Garfield’. In his ‘Small Town Boy’ Live session, Duncan mentioned that this is his personal favorite from the album. Lyrically the song is about missing someone; when the other person you like is halfway around the world, and everything is getting to be a bit too much. Duncan is basically saying that no matter where you are in the world, just talk to that person and that they’ll speak with you; until you are both sleeping on your phones. Now, we are halfway through the album, and we see something familiar for Eurovision fans, it is, of course, Duncan’s Eurovision winning entry ‘Arcade’, which we obviously know what’s about. After Arcade, the tone of the album changes, and we are starting to hear more upbeat songs. We start off with the song ‘Figure It Out’ which as the title of the song states, that you have time to figure things out for yourself and that you can figure things out with the person close to you. We then continue this theme with one of Duncan’s latest singles  ‘Last Night’ which he mentions is a “tribute to imperfect relationships because vulnerability and imperfection are more beautiful than perfection”. We then continue on with the theme of conflict, as the next track of the album is ‘Someone Else’. Duncan mentions that it’s about “The emotional roller coaster of constantly thinking of that one person you loved so deeply but who you can’t be with anymore. This continues on in  “Love Don’t Hate It”, where Duncan mentions in an interview with Billboard that “‘It’ is a song about fighting for who you are and who you choose to love because in the end, it is always your choice to make. We then come to the final two tracks of the album, with “Umbrella” where, Duncan sings about being at the right time to move on from the heartbreak that you have experienced. We then the final track “Feel Something” which Duncan collaborated with Dutch DJ Armin Van Burren, the song reflects on the pain of heartbreak on a backdrop of gritty beats and touches of synth-pop. Personally, I really liked the album. I have not been invested in an album in such a long time, it was very meaningful and emotionally charged. I also felt that the album has this storyline, one which many can relate to. I would listen to it once again. However, I will make sure I’m prepared in case it gets emotional once again.
Highlights:

What did they say? “Small Town Boy” reviewed by fellow ESCXTRA team members

As well as myself, a few other editors in the ESCXTRA team gave the album a whirl.  Here is what they thought of Duncan’s debut effort.

To be honest, at first I wasn’t among the fans of Duncan and his entry in 2019. The real appreciation came later. However, I had no precise expectations for the upcoming album, only wondering what I can find there. This release suits me very well, I kinda like such genre. It was also nice to come across familiar songs such as Arcade and Someone Else. While listening to the songs in early foggy morning, 2 words came to my mind: soothing and encouraging. The songs are different but altogether it feels as if someone covers you with a blanket and tells you everything is going to be fine after all. I’m so happy for Duncan, he did a great job creating the album! It’s a sincere and touching songs selection so I would definitely recommend to listen to this.
Highlights:

So I’m probably one of the few people who only heard ‘Arcade’ off the album till now. More new tracks for me :D I mean his Eurovision winning song is amazing. His vocals throughout the whole album are stunning. Most of the songs are slower, but with these, he can put in so many emotions it is unreal. I listened to the album for the first time while having the lyrics to every song open. I like to do this to get the most out of the songs and can totally recommend this. This album is great music and lyric-wise. He wrote on almost every song on the album and I love this. Make you feel even more connected to the artist and feels so personal. ‘Feel Something’ is the one uptempo song on the album and I wish we get more of these type of songs from Duncan. I love his voice on this track and how he can make it so emotional, even though the song is faster. For his first album, I’m happy that he went with what felt best for him and shows off his amazing songwriting skills and voice on slower songs. The album already shows he can perform a big variety of song genres and this is just the beginning. Happy to see what we get in the future!
Highlights:

First of all, I am probably very biased. Duncan’s entry is among my all time favorites and he is one of my favorite artists outside of Eurovision as well. Thus, I can do nothing but praise this album. My expectations were quite high, but Duncan has made sure to put out an album that is filled with wonderful music that seems to fit his genre perfectly. Most of the tracks have a similar flow, creating an atmosphere that is perfect for a rainy evening in the cold winter months. The outlier is Feel Something, which is a radio-friendly pop track. While I do love each song, Feel Something seems a bit out of place compared to the other tracks. However, this does not take away that the album is filled with raw emotion, you can feel that Duncan has put his heart and soul into the tracks. It feels almost like an invasion of privacy to listen to emotional tracks like Sleeping on The Phone and Loves You Like I Couldn’t Do. The tracks from his Worlds On Fire EP are a nice touch, making the album feel familiar and new at the same time. I can do nothing but praise his work, well done Duncan!
Highlights:
What do you think of Duncan’s debut album? Let us know! Be sure to stay updated by following @ESCXTRA on Twitter, @escxtra on Instagram and liking our Facebook page for the latest updates! Also, be sure to subscribe to our YouTube channel to see our reactions to the news in the upcoming months.

Editorial: The importance of Cypriot representation at Eurovision