Since the announcement of the return of DORA for the 2021 season, HRT have announced a number of changes. These have included the hosts, the voting system and the lack of audience. The latest change is that the snippets of the 14 entries will be released a week ahead of the show, instead of a day before.

Last month, HRT revealed that DORA 2021 will be hosted by Daniela Trbović, Barbara Kolar, Jelena Lešić and Doris Pinčić. The show will take place without an audience, live from Marino Cvetković Sports Hall in Opatija.

They also revealed the running order for the show, which is as follows:

1-minute snippets from the songs will be released via HRT’s YouTube channel on Saturday (February 6). However, as with previous editions, we won’t hear the full songs until the night of the final.

DORA will adopt a new voting format for 2021. This has been crafted in order to grant more influence to the voting audience and to avoid the possibilities of ties, which we saw last year between Damir and second-place Mia.

Similar to systems used in Sweden’s Melodifestivalen, France’s Destination Eurovision and Finland’s UMK, both the jury and the televote will allocate the same number of points each. In this edition, a total of 1160 points will be available, with 580 points coming from the 10-part regional jury and 580 points from the televote.

The televoting points will be proportional to the percentage of the overall televotes each entry has received. This means that if a song receives 20% of the overall number of votes, they will receive 20% of the points available from the televote, and so on.

Are you looking forward to DORA 2021? What do you think about these changes? Let us know! Be sure to stay updated by following @ESCXTRA on Twitter, @escxtra on Instagram and liking our Facebook page for the latest updates! Also, be sure to subscribe to our YouTube channel to see our reactions to the news in the upcoming months.

Comments on 🇭🇷 Croatia: Snippets of DORA 2021 entries to be released on Saturday 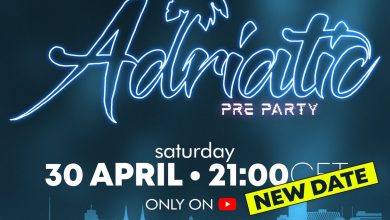