Welcome to XTRA Decides! In this feature the team here at ESCXTRA rank the national final songs, giving our choice of the winner. We are ranking the songs using the Eurovision style 12-1 scoring system. Today we decide our winner of Denmark’s selection ‘Dansk Melodi Grand Prix’

We had eight songs to choose from for this national final. After giving our scores, the team has chosen The Cosmic Twins with the song ‘Silver Bullet’ to win the competition. Check out our scores and the thoughts of some of the team below…

You just know this is Denmark from the first seconds of listening to “Silver Bullet”. Not necessarily a bad thing, but it is a safe choice. There’s a decent beat to this, some cool instrumentation, but all in all, it’s safe to say we’re not heading to Copenhagen next year. The song has elements of electropop, but also of schlager: An interesting combination, I have to say!

As you can see from my score, this isn’t my favourite option for Denmark this year. Saying that however, it’s not the worst option either. It’s just a bit too safe. It feels too generic – like a song you’d probably hear on a radio station as a filler just before a news bulletin. I can see why it has it’s fans, and in one of the weakest selections of the year, it’s not bad. The result of this will all be dependent on the staging at Dansk Melodi Grand Prix – but I think Fyr og Flamme already has it in the bag. As Lisa said, this song is a bit too much like Epic Sax Guy – and it won’t have the same impact as “Run Away” or “Hey Mamma”!

This is an extremely Danish entry, but I mean that in a good way. I would firstly like to mention the saxaphone, which adds a lot of character to this song. While the lyrics are not anything special, it is fun enough to sing along to! It is in my opinion the best choice that Denmark has this year, especially if the twins can deliver a good performance. It is a catchy and, albeit a bit safe, enjoyable song!

So Jedward have grown up and become Danish! This gives me such nostalgia for the electronic indie songs on the FIFA soundtracks at the turn of the last decade. It reminds me of the MGMT earworm ‘Kids’. Of course it also follows that 4 chord structure found in a lot of Eurovision entries – with varying results for those songs. But I still think this is catchy enough and adds a more mature layer to the 80s trend with the saxophone solo. Not sure Epic Sax Guy has much to worry about, however! Easily the best option Denmark has in a very average line-up and would hold its own quite well given the songs selected by others so far.

Do you agree with our decision? Let us know! Be sure to stay updated by following @ESCXTRA on Twitter, @escxtra on Instagram and liking our Facebook page for the latest updates! Also, be sure to subscribe to our YouTube channel for reactions and interviews.

Comments on XTRA DECIDES: 🇩🇰 We choose The Cosmic Twins 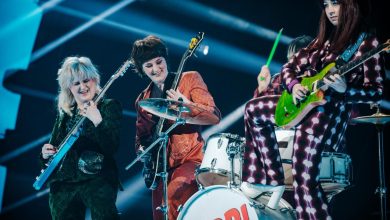