TIX, who will represent Norway at Eurovision 2021, has revealed in a documentary that he considered withdrawing from Melodi Grand Prix due to criticism he received after his performance in the first semi-final of the national final.

In the documentary for NRK, he described the aftermath of his performance as “ugly” with criticism about him as an artist. TIX said that he approached his record company and NRK following the performance saying that he wanted to withdraw from the competition, which he eventually won in February.

Following the performance, TIX received negative feedback from both fans and music critics. Anders Grønneberg, who is a music critic for Dagbladet, commented after his performance that he would “treasure eating the TIX headband, on a bed of broken glass from his glasses” if he won the national final.

He later added that he didn’t feel sorry for the artist, despite the numerous negative reviews he recieved.

It is sad that he wanted to throw in the towel because he received bad reviews, but at the same time it surprises me that he, who is an experience artist, reacts in this way. But I certainly do not feel sorry for him. If he participates in the game, he must endure both slaughter and bragging.

“A roll of the dice”

Despite the negative reviews, TIX did find support from some fans who messaged him praising his performance. He had hoped his performance would have been inspiring for many people and he said this is the reason he took part.

It was important to me that this participation became something completely my own… This was an important song for me and a song I hoped would be important for many others. That was solely why I chose to participate in MGP – because I thought people would appreciate it.

He said that he eventually took the decision to take “a roll of the dice” and continue his journey in Melodi Grand Prix, comparing it to the way he adopted his stage name TIX – a name he was called at school due to the fact he has Tourette’s syndrome.

In the same way that I got the nickname TIX at school and made it my own, I did the same with the roll of the dice. So the first thing I did in the final was to wave to the critics and show them that I’m still here!

Norway at the Eurovision Song Contest 2021

Andreas Haukeland – known as TIX – will represent Norway at Eurovision 2021 with the song “Fallen Angel”. The 27-year old singer from Bærum won this year’s Melodi Grand Prix beating off strong competition from Eurovision 2019 televote winners KEiiNO. After a tense ‘Gold Duel’, TIX won the national final with 380,033 votes – nearly 100,000 votes ahead of KEiiNO.

He made his first appearance on the Norwegian singles chart in 2016 with “Hydra 2016” from his album Dømt og berømt. His debut album peaked at number 2 on the Norwegian albums chart at the end of 2016. TIX has also co-produced and co-wrote hits for international artists, including Flo Rida – who features on San Marino’s entry for Eurovision 2021.

In 2018, he co-wrote “Sweet but Psycho” for American singer Ava Max. The song went on to reach number one in 22 countries including the United Kingdom, Germany, Norway and Sweden. The song also won a LOS40 Music Award for Best International Song and a iHeartRadio Titanium Award in the Winning Songs category.

What’s your thoughts? Did TIX make the right decision in the face of criticism? 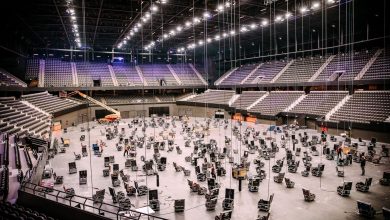 Construction of the Eurovision 2021 stage is underway! 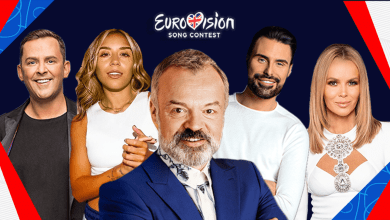