Yesterday, France Télévisions revealed the logo for the 2021 Junior Eurovision Song Contest. With the pandemic very much still a factor, the EBU has issued a statement on the different scenarios that have been planned for the contest, due to take place on December 19.

The European Broadcasting Union (EBU) have issued a statement via ESC Plus to assure fans that multiple scenarios have been planned for the upcoming Junior Eurovision Song Contest.

Statement from the EBU on Junior Eurovision 2021

Celebration under normal conditions and full capacity within La Seine Musicale, this being difficult to carry out due to the sanitary measures still in force in the country and the vaccination process not yet completed. The last edition held under these conditions was Gliwice Silesia 2019.

Celebration of a Junior Eurovision Song Contest with social distance and hygienic-sanitary measures in which all delegations can travel to the venue. Within this scenario, the participating countries should record their corresponding “Live on tape” to use in case of a positive test from a member of the delegation.

If this scenario were to be used, the same guidelines carried out in Rotterdam would be followed, in which a total of 29,875 tests were carried out on all those attending the contest, of these, only 48 tested positive during the weeks of Eurovision. In this scenario, the audience capacity would be dependent on the state of the pandemic in Paris at that time. In addition, to be able to access any venue, a recent negative PCR test would be required, as happened in Rotterdam 2021 (a maximum period of 1-2 days being considered recent). The press center would be mixed and composed of in-person and online press.

Due to the success of the 2021 contest, Scenario D, the scenario used for Junior Eurovision 2020, which would see all delegations stay at home, has been ruled out for now. However, the scenarios may change due to the evolving nature of the pandemic.

The final decision of the scenario to be used, in addition to the final list of participating countries, is expected to be made in September.

Only days after Valentina’s win, the EBU were quick to confirm that we will be travelling to France for the 18th edition of the Junior Eurovision Song Contest. The contest will take place on December 19th at La Seine Musicale. The slogan of the contest will be Imagine, and the logo was unveiled in August.

What do you think of the scenarios? Let us know! Be sure to stay updated by following @ESCXTRA on Twitter, @escxtra on Instagram and liking our Facebook page for the latest updates! Also, be sure to follow us on Spotify and YouTube to see our reactions to the news in the run up to the 2022 national final season! 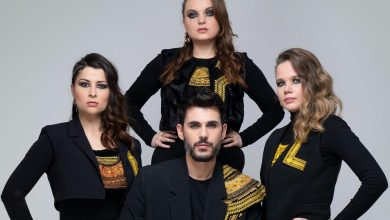