Recently the members of Eurovision clubs around the world have been voting in the OGAE Song Contest 2021. This year it was hosted in Cardiff by OGAE UK. Now they have revealed it is Australia and Tones and I with ‘Fly Away’ that soared to victory!

Tones and I returns Australia to winning ways

After three victories in a row for OGAE UK, finally a new winner is crowned! Hence the contest returns to OGAE Australia with victory for Tones and I – ‘Fly Away’. Previously OGAE Australia won in 2017 with Eurovision 2016 runner-up Dami Im, with ‘Fighting For Love’. Highly acclaimed singer-songwriter Tones and I is famous for the worldwide hit ‘Dance Monkey’, released in 2019. Such was its impact, that it broke Australia’s ARIA chart record with 24 weeks at number 1. Meanwhile it topped the charts of over 30 countries globally.

However, for this contest it was ‘Fly Away’ that proved to be the sound of everyone’s year. Overall it amassed 172 points and 3 douze points from the other 28 participating OGAE clubs. The chanty gospel-tinged anthem ‘Fly Away’ is the lead single from Tones and I’s debut album Welcome to the Madhouse. So far the song has peaked at number 4 in the ARIA charts and number 11 in the UK. As well as being up for two awards in this year’s ARIA Awards 2021.

What is the OGAE Song Contest?

Beginning in 1986, the OGAE Song Contest is the oldest OGAE contest, uniting all the national OGAE clubs in a music fan contest. Each club puts forward their favourite song from their country of the past year. After which, fans from every club judge and vote for their favourite track. However this is a purely an auditory contest. Unlike Eurovision, this is not about the performance or the video clip – which has a separate OGAE Video Contest.

The rules are as follows, (courtesy of OGAE):

Below are the complete list of results and participants of the OGAE Song Contest 2021, as announced by OGAE UK. Among the line-up there are many Eurovision names, such as: Marco Megoni, Erika Vikman, Helena Paparizou, Sirusho, Eimear Quinn, Benjamin Ingrosso, Miki Núñez, Maraaya, Damir Kedžo, Michelle and Beth.

Following Australia’s win, the Presidents of all OGAE clubs approved rule changes for the 2022 edition. Next year both the OGAE Song Contest and OGAE Video Contest will be combined into one. Thus it will retain the name of the OGAE Song Contest. Usually the winning country hosts the next edition. Although this time it will not be known until after the winner of the OGAE Video Contest 2021 in December is announced. Afterwards the OGAE International Network will decide which of the two winning clubs from 2021 will host the new format. Unless of course, Australia wins both…

Last year it was the United Kingdom that won the contest for the third time in a row, with Dua Lipa’s smash anthem ‘Physical’. Which followed the recent victories from Steps and Lewis Capaldi. Since 1986 the United Kingdom has been the most dominant nation in the contest with seven wins. But in 2021 OGAE UK had to settle for third place with Joel Corry and MNEK’s party anthem ‘Head & Heart‘.

Did your favourite win the OGAE Song Contest 2021? Be sure to stay updated by following @ESCXTRA on Twitter, @escxtra on Instagram and liking our Facebook page for the latest updates! Also, give us a follow on Spotify for the latest music from your favourite Eurovision acts. As well as subscribing to YouTube for our reactions in the run up to the national final season and the Turin 2022 contest!

Australia will not return to Junior Eurovision in 2022 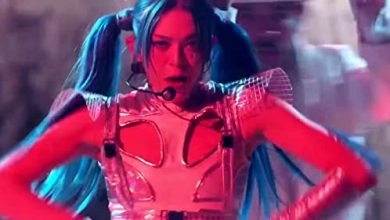