The European Broadcasting Union (EBU) have formally suspended their Russian member broadcasters in a unanimous decision from the Executive Committee earlier this week. RTR, Channel One and Radio Dom Ostankino all join Belarusian Television and Radio Company (BTRC) in being formally suspended by the EBU.

The EBU have sent confirmation of this decision to every member broadcaster along with the statement:

On behalf of the Executive Committee, I would like to inform you of the decision taken by the Council on three Russian members of the EBU (RTR, Channel One and Radio Dom Ostankino) at its meeting yesterday. Based on the measures taken by the Executive Council at its last meeting on April 7, when it launched the suspension procedure, the Council unanimously decided to immediately suspend the three Russian members of the EBU indefinitely, which the Executive Board will review regularly.

Eric Campbell (Secretary to Governing Bodies at the EBU)

The three Russian broadcasters can now appeal the decision, however the suspension will remain in force until a final decision is made on any appeal that may arise.

Mykola Chernotytskyi, Chairman of the Board of Public Broadcasting Company of Ukraine, has welcomed the Ebu’s decision, stating:

Public Broadcasting welcomes the position of the Executive Council on the suspension of the membership of the Russian media in the European Broadcasting Union. Because, violating journalistic standards, spreading hate speech and misinformation, these broadcasters are waging an information war not only against Ukraine, but also against the entire civilized world.

Russia in the Eurovision Song Contest

Following the decision to ban Russia from the Eurovision Song Contest 2022, Russian members responded by announcing that they will be leaving the EBU. This has then led to the EBU suspending representatives of its three Russian Members from serving in its governance groups which you can read about here. 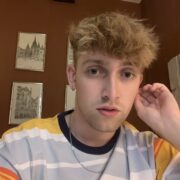 Comments on Russian broadcasters suspended by the EBU