This is the third chapter of the summer releases recap, plus a quick analysis on each one as a bonus. Do you agree with our views?? Disagree?? Speak up and get your voice heard too!! :D

And we begin with (Queen) Sofi!!! She brings a catchy tune called “Like A Child”. It’s a true example of the style (Queen) Sofi is famous in her own country for: pop music with a strong influence of her ethnic origin. The track has a bit of a reggaeton flavour to it, which can make it appealing for music lovers beyond Bulgaria, despite the language barrier… The video is also a true portrayal of Marinova, colorful, has her wearing several styles and the featured locations were carefully chosen to match her looks, even the car at the beginning of the vid, haha!!!!! It was shot in the Bulgarian city of Stara Zagora. Nice to see the Bulgarian Queen back, isn’t it? ;)

Soraya is Spain’s new disco diva (she’s dropped her last name and THAT is the definition of a diva, right? If you have any doubts about it, then ask Cher and Madonna for example, LOL!). Spanish model Miguel Herrera, Soraya’s boyfriend, appears on the video as the hot/nerdy bartender (awwww!!!). The song is a happy disco tune about Soraya leaving a man who didn’t love her right. Quite basic for a singer like her, this song should have been sung by another girl with weaker vocal abilities… It is a bit of a waste of her talent, IMHO. The video is a bit messy, it doesn’t make much sense and doesn’t really follow the spirit of the song… The group dancing is a big no-no here!! Soraya, darling, you are destined for better things than this.

“Shadows” comes right out of Sebalter’s latest album, “Day Of Glory”, already available for purchase. If someone told you “Hunter Of Stars” had a baby , this song would definitely be that baby!! This can only mean one thing: if you liked his ESC entry, you’ll like this one too, otherwise, don’t even bother listening to it (or watch him on mute, because he’s still quite cute, right?). Filmed in one continuous shot, the video is the most interesting thing here: great lighting, a gorgeous girl, nice surroundings both indoors and out but an abrupt ending. Shorter than an ESC song!!

I don’t know if this is old news but I’m REALLY happy Milan decided to get rid of his fake blonde hair and adopt a more natural look, as shown on his new video “Risk Factor”. The song is a pleasant surprise: his voice sounds powerful and emotional and the song itself is a serious piece of adult pop, rich in instrumental arrangements, without falling into the trap of sounding older than he is. The video is also very enjoyable: it features a reflective Stanković, watching a VHS video on a group of screens showing images of his past (bleach blonde hair alert!!!!) travelling around the world and living the busy life of a star. My favourite part of the video? The end, when the music suddenly stops and a child appears performing on stage… young Milan, perhaps? Simply excellent, reminds me a bit of Željko Joksimović.

Released on 21 July 2015, the same day “Faktor Rizika” was released, “Nešto Protiv Ljubavi” (or “Something Against Love”) appeared on Milan’s brand new YouTube channel. In only 15 days, this video has over 1.4 million views and “Faktor Rizika” has almost 2.4 million!!!! This track was also composed by Stanković and has a bigger influence of typical Balkan folk but with a more contemporary sound. The video presents the Serbian singer at times on his own and at times singing with his band. The end of the song came as a surprise, at least to me. Not as emotional but still worthy of being played.

Also published on 21 July, this is the odd one out because it is the only part of the Stanković trilogy without an official video (at least, for the time being). “As Once, As Never” is also different to the other two songs above because it was not written by Milan. This video, although being just a lyric video, complements the song quite nicely with beautiful nature images and landscapes. The song is a gracefully delivered love ballad, with also over 1 million views, featuring a key change by the end of it (and we all love key changes, don’t we?). Milan can be proud of having released three very different songs on the same day with a common denominator: artistic growth written all over them. Congrats!!

That’s it for today but stay tuned for the next parts of our review!!! :D 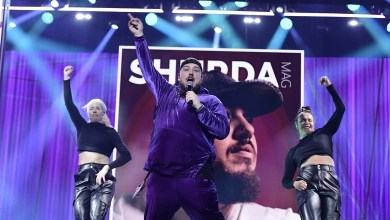 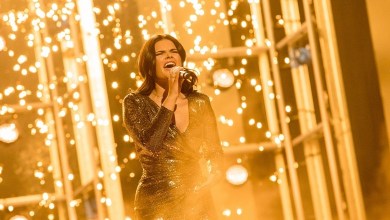 🇳🇴 Ulrikke Brandstorp climbs to #3 on the Norwegian Spotify charts 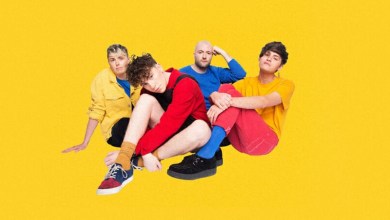 🇮🇪 ELM or Lesley Roy heading to Eurovision 2020 for Ireland? 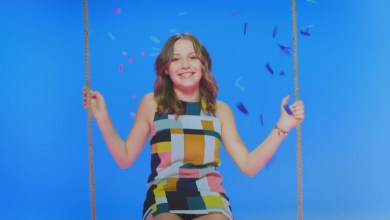