After being internally selected to represent Austria in Rotterdam, Vincent Bueno has been busy preparing for the release of his entry ‘Alive’. As we are getting closer to the release of his Eurovision entry, Vincent has confirmed that the music video for ‘Alive’ is being filmed.

Looking at Vincent’s recent posts on his Instagram story, the music video for ‘Alive’ would involve numerous dancers and choreography, which we cannot wait to see.

Ready for a promotional tour

Even though his Eurovision entry is yet to be released, Vincent is already confirmed to make appearances at the London Eurovision Party on March 29, the Eurovision in Concert on April 4 and Pre-PartyES on April 10 & 11.

Austria at the Eurovision Song Contest

Austria has participated in the contest 52 times since debuting in 1957. They have won twice, in 1966 and 2014, meaning they currently hold the record for the longest gap between wins – 48 years. This is even wider than the Netherlands’ gap of 44 years, which was recently closed by Duncan Laurence’s victory.

Following their victory in 2014, their most recent success was Cesár Sampson, who represented Austria in Lisbon with the song “Nobody But You”. Thanks to his captivating vocals and striking staging, he came 3rd in the final with a total of 342 points. He even topped the jury vote, receiving 12 points from nine national juries! His qualification to the final extended Austria’s qualification streak to five finals in a row.

In 2019, ORF internally-selected PAENDA with the skeletal ballad “Limits”. Despite a stunning and emotional performance, she did not advance to the Grand Final from semi final two. She finished 17th in the semi final with 21 points, all of which came from juries.

Are you excited to listen to ‘Alive’? Let us know! Be sure to stay updated by following @ESCXTRA on Twitter, @escxtra on Instagram and liking our Facebook page for the latest updates! Also, be sure to subscribe to our YouTube channel to see our reactions to the news in the run up to Rotterdam! 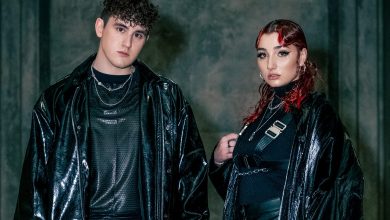