NRK, the Norwegian broadcaster, have revealed the complete lineup for Melodi Grand Prix 2022. The contest will run over six weeks, ending with the final on February 19. The first semi-final will be broadcast live on January 15.

All the semi-finals as well as the grand final will be broadcast from the H3 Arena at Fornebu, outside of Oslo. Annika Momrak, Mikkel Niva and Kåre Magnus Bergh will host the shows.

Norway in the Eurovision Song Contest

The Scandinavian nation debuted at the Eurovision Song Contest in 1960 with Nora Brockstedt and her song ‘Voi Voi’, placing fourth. Since their debut, Norway has managed to win three times (1985, 1995 & 2009).

Melodi Grand Prix 2021 was won by TIX, who represented Norway at Eurovision 2021 in Rotterdam. His song ‘Fallen Angel’ qualified from the semi-final in 10th place. In the final, TIX finished in 18th place scoring 75 points.

What do you think of the Melodi Grand Prix 2022 lineup? Let us know! Be sure to stay updated by following @ESCXTRA on Twitter, @escxtra on Instagram and liking our Facebook page for the latest updates! Also, be sure to subscribe to our YouTube channel to see our reactions to the news in the upcoming months. 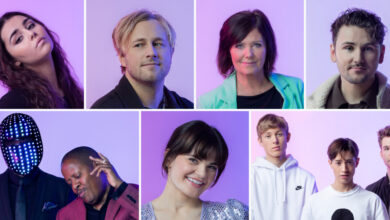