You have been submitting your predictions for the latest round of Eurovision Prediction 2022. In one of the five finals due to take place this week, you were asked to predict the winner of Dansk Melodi Grand Prix 2022. Now, let’s take a look at who you collectively expect to win the Danish ticket to Turin!

Dansk Melodi Grand Prix 2022 will take place tonight in Herning. The show will consist of two rounds of public-only voting. The first round will combine a week of pre-show voting with in-show voting which will close after all songs are performed. The three songs with the most votes will then proceed to a second round of voting after which the winner will be determined.

Let’s take a look at who YOU predict they will choose!

During this round of Eurovision Prediction 2022, 359 of you have predicted who you think will take victory in Denmark. Without further ado, here are the entries that YOU have predicted to win in order of frequency, from most to least:

Our players have had mixed fortunes for predicting DMGP. Last year, around 40% predicted that The Cosmic Twins would win with “Silver Bullet”. They narrowly edged out eventually winners Fyr & Flamme, who got around 1/3 of predictions.

Members of the ESCXTRA team would be thrilled with this result, as they also selected “Hallelujah” as their winner in our XTRA Decides feature.

So far, our players have guessed 10 out of 19 selections correctly. Let’s see how many of tonight’s five entries will have been predicted correctly.

With 6 national finals left for 2022 overall, there are still PLENTY of points up for grabs!

What do you think of our players’ predictions? Who do you think will win DMGP 2022! Let us know! Be sure to stay updated by following @ESCXTRA on Twitter, @escxtra on Instagram and liking our Facebook page for the latest updates! Also, be sure to follow us on Spotify and YouTube to see our reactions to the news in the run up to Turin 2022!

Comments on YOU have predicted Conf3ssions to win Dansk Melodi Grand Prix 2022! 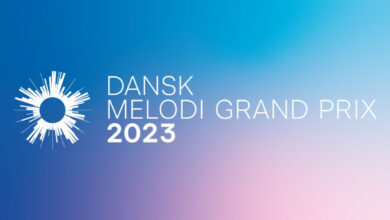