No one can deny that Spain was a successful country at this year’s Eurovision. SloMo by Chanel received 459 points to place 3rd. Reaching a place on the podium for the first time since 1995 is a clear indicator of the success of Spain’s new National Final concept: Benidorm Fest.

Chanel gained the support of many fans across Europe on her way to Turin. You can read more about that here.

However, not everyone is on board with every single rule in Benidorm Fest. Many viewers and eurofans have complained about the amount of power that the Professional Jury holds. A group of 5 people hold 50% of the total vote whereas the public only accounts for 25%. This system has led to a Jury winner winning Benidorm Fest 2022 despite only receiving 3.97% of the Spanish televote.

What Have RTVE Said on the Issue?

This topic was brought up on the monthly show “RTVE Responde” (RTVE Responds). Viewers confronted Eva Mora, the head of the Spanish delegation in Eurovision, with complaints and opinions. As a response to the calls for the Professional Jury to be removed, Eva Mora said:

You always have to tweak and modify some things. The issue of juries has generated much controversy, but the existence of a professional jury is essential.

From this statement, Spain is showing their commitment to keeping a Professional Jury panel in Benidorm Fest. On the other hand, they are showing that they are open to changing their format to attract more artists and viewers. It appears that they may adjust a few aspects of how the jury is voting but they have been vague on exactly what they would like to change.

But what is your opinion? Do you think Spain needs to reform Benidorm Fest? Do you agree that the juries have too much power? 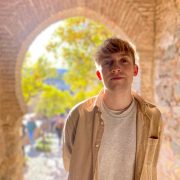 The UK reacts to the news of their country hosting Eurovision

Confirmed: the UK will host Eurovision 2023