The line-up for the Grand Final of the Eurovision Song Contest is complete. The second semifinal has ended and ten more acts have made it through to the final.

In general, the second semi was thought of as the weaker semi of the two. All eighteen contestants gave it their all tonight to make sure they would impress Europe (and Australia) during tonight’s shows. Despite a few bum notes here and there, most of tonight’s acts did quite well.

At the end of the evening, the following ten qualified:

The shock was felt in the arena once both Serbia and Slovenia had made it through. The Netherlands were once again left as one of the final envelopes. The relief was visible on Waylon’s face before his country was called out.

These qualifiers mean we also say goodbye to eight countries. Both Romania and Russia have lost their 100% qualification record. Poland, who have qualified on every occasion since their return in 2014, also miss out. Also missing out are Montenegro, Latvia, San Marino, Malta and Georgia.

The draw of the halves will take place later tonight. They do so after answering questions in the press conference, just like the acts on Tuesday. In total, there are four slots left for the first half. The other six ballots will be for the second half. We can then also expect the running order a couple of hours later.

Make sure you keep an eye on ESCXTRA.com for the first news about the running order and the halves for these ten new finalists!

Did the right songs qualify for the Grand Final of the Eurovision Song Contest? Let us know what you think!

Comments on Here are the qualifiers from the second semi of Eurovision 2018! 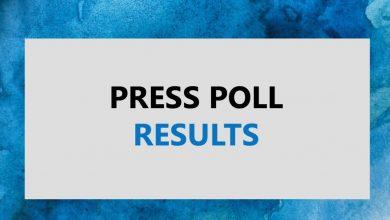