Vasil from North Macedonia will bring his Eurovision entry “You” to the London Eurovision Party 2020 and perform it in front of the UK fans on stage at Café de Paris in the heart of the capital city’s West End on Sunday 29th March.

Vasil will bring experience to the Café de Paris stage

Vasil Garvanliev is a highly experienced singer, having started aged 7 with performances at some of North Macedonia’s most popular children’s festivals. He then moved to the USA with his family aged 12 and continued his career as a soloist at Chicago Children’s Choir. Aside from children’s festivals, Vasil Garvanliev was also educated at some of the world’s most prestigious music schools in both Milan and Toronto.

Since returning to North Macedonia in 2018, Vasil Garvanliev has launched his own pop career in his native country with three successful singles: “Gjerdan”, “Patuvam” and “Mojata Ulica”. Vasil Garvanliev was also part of last year’s huge success story for North Macedonia, participating as a backing vocalist for Tamara Todevska and her entry “Proud”. 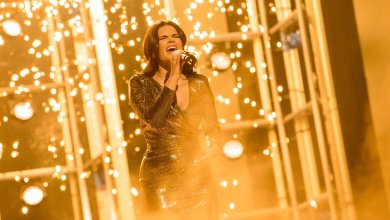