As well as confirming their alternative programming to this year’s Eurovision Song Contest; ORF has confirmed that the Radio Symphony Orchestra Vienna, along with PÆNDA, Cesár Sampson, Vincent Bueno & Nathan Trent are set to release a cover of ‘We Are The World’.

A Stay at Home version

The new version of ‘We Are The World’ was recorded by the artists in their own homes, with the project even gaining support from Universal Music, who will release the track free of charge. The income from streaming operations is to benefit the cultural catastrophe fund for musicians.

The new version will be presented publicly on Monday, April 20, 2020, in “ZIB 1”, in “KulturMontag”, which also includes a report on its origins, and on ORF.at/kulturjetzt . The culture director for ORF and the director of RSO Vienna has the following to say about the initiative:

“In this special time, we feel even more than usual the responsibility not only to depict culture, but also to create it ourselves. That is why we not only want to bring music to the audience, we also want to create new, unusual constellations and unite the musicians despite the spatial distance using sophisticated techniques. Our new version of ‘We Are the World’ should be a sign of togetherness, because nothing connects more than the power of music.

“’We Are the World’ expresses the thoughts of the community. Together we will master the crisis, together we will inspire and find solutions, together we will rebuild what has been slowed down. It depends on each and every one. Even if everyone has to stay at home during these weeks: How we – the ORF Radio Symphony Orchestra Vienna, the wonderful singers, the cultural team of ORF 2 – realized this project despite all the difficulties, made us feel this community. ”

Director of the RSO Vienna Christoph Becher on the project (transated)

Austria at the Eurovision Song Contest

Austria has participated in the contest 52 times since debuting in 1957. They have won twice, in 1966 and 2014, meaning they currently hold the record for the longest gap between wins – 48 years. This is even wider than the Netherlands’ gap of 44 years, which was recently closed by Duncan Laurence’s victory.

Following their victory in 2014, their most recent success was Cesár Sampson, who represented Austria in Lisbon with the song “Nobody But You”. Thanks to his captivating vocals and striking staging, he came 3rd in the final with a total of 342 points. He even topped the jury vote, receiving 12 points from nine national juries! His qualification to the final extended Austria’s qualification streak to five finals in a row.

In 2020, Austria selected ‘Vincent Bueno’ to represent them in Rotterdam with the song ‘Alive’ and was set to perform in the first half of the second semi-final. ORF has confirmed that Vincent will represent Austria in Eurovision at 2021.

We will be sure to listen to the track once it’s released, we’ll let you know where you are able to listen to it when it does. Be sure to stay updated by following @ESCXTRA on Twitter, @escxtra on Instagram and liking our Facebook page for the latest updates! Also, be sure to subscribe to our YouTube channel to see our reactions to the over the coming months.

Comments on 🇦🇹 PÆNDA, Cesár Sampson, Vincent Bueno & Nathan Trent to release a cover of ‘We Are The World’ 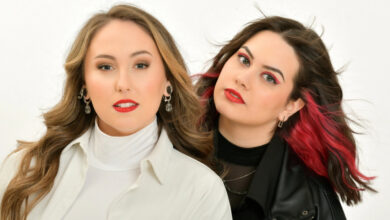