Eurovision 2018 winner, Netta, has opened up about the selection of her song for Lisbon and how “Toy” was not the first song that Netta had planned to put forward for the contest.

The original plan was to send a song called “SABABA”, which has now become known as “Bassa Sababa” – which she released as a single last year. The original drat was written by Netta alongside Avshalom Ariel.

The song that lost to “Toy”

In some recent tweets, Netta revealed that “SABABA” was originally composed after she won HaKokhav HaBa, giving her the right to represent Israel in Eurovision. Along with songwriter Avshalom Ariel, they worked on the song over “four days and nights non-stop”.

After hearing the completed version for the first time, they both “screamed with happiness”, she revealed, however she is now “happy with how all the stars aligned in the end”.

In the video below, Netta plays a sample of the first draft of “Bassa Sababa” (then known as “SABABA”) which was “sent to Eurovision and lost to Toy”.

A number one in the making

Following on from her Eurovision win, she teamed up with “Toy” songwriter Stav Beger, who “helped make Bassa Sababa what it is today”. After releasing the song as a single in February 2019, it became Netta’s second number 1 in the Israeli charts. It also became a number three hit on the Billboard Dance Club Songs chart in the USA, and a minor hit in Poland.

Despite not being selected as Netta’s Eurovision song, we think Bassa Sababa did just as well! What do you think?

Comments on 🇮🇱 Netta talks about the selection of “Toy” over “SABABA” 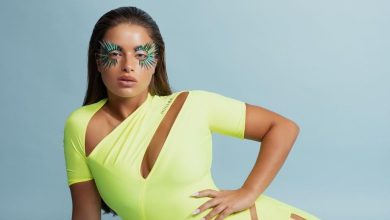