The 9 established artists competing to represent San Marino at Eurovision in Una voce per San Marino will be announced on February 8!

Broadcaster SMRTV announced that these established competitors, termed “Big Artists” will be announced at a press conference at Milan’s Westin Palace Hotel on Tuesday February 8. These “Big Artists” have directly qualified to the final and will join 9 other “emerging” artists in the grand final.

Only the second national final for San Marino

“Una voce per San Marino” is surprisingly only the second time that SMRTV has chosen to hold a national selection. They previously opted to select their Eurovision candidate with “1 in 360” in 2018. Jessika and Jenifer Brening won this with the song “Who We Are”. This time, “Una voce per San Marino” in 2022 is a bit different. In fact, it arguably allows for a broad range of artists to make a submission to the contest.

However, this crop of artists is separate to the “big artists” discussed above. The “emerging” artists who make it through the semi-finals process will join the 9 pre-selected “big artists” in the grand final. This is going to place on February 19 in the Teatro Nuovo in Dogana, San Marino.

In 2021, San Marino achieved their third final out of 11 appearances with Senhit and her song “Adrenalina”, featuring American rapper, Flo Rida. They will arguably be looking to increase their qualification streak in 2022. Can their next representative follow in the footsteps of fan favourites Valentina Monetta in 2014 and Serhat in 2019? We can only wait to see what they have in store for us in 2022!

Who or what do you hope to see from San Marino this year? Do you think they can keep up their qualification streak? Let us know! Be sure to stay updated by following @ESCXTRA on Twitter, @escxtra on Instagram and liking our Facebook page for the latest updates! Also, be sure to follow us on Spotify for the latest music from your favourite Eurovision acts. As well as YouTube to see our reactions to the news in the run up to the 2022 contest in Turin! 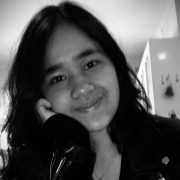 wrs and Andromache release ‘If you were alone ‘