The Albanian public may finally have a say again in who they choose to send to the United Kingdom at Eurovision next year. Reports from OGAE Albania earlier this month have suggested that televoting will return at the 61st edition of Albania’s national selection, Festivali i Këngës.

A return to televoting

A return to televoting is important news as Albania is one of the only countries that does not incorporate a public vote into the outcome of its national selection. In 2023, San Marino remains the only country that will not incorporate a televote into its national selection. Instead, the winner will be chosen wholly by a jury, comprised of a panel of musical experts.

The last time Albania ran a national selection was in 2016, where Lindita Halimi won with her song “Botë”. This was later revamped and translated into English (titled “World”) for the 2017 contest in Kyiv.

What do we know so far?

Albanian broadcaster RTSH has not made any announcements regarding the televote in their national selection. However, they are known to have a good connection with OGAE Albania so given that Festivali i Këngës is set to take place later this year, OGAE Albania will likely report on this matter soon.

At present, the exact weighting of the public opinion is also not known. In 2016, the public had a 1/13 or 7.7% contribution to the result via an internet vote, whilst the remaining proportion was determined by a combination of votes from a jury panel.

However, OGAE Albania reported earlier this week that Albanian television presenter Arbana Osmani, alongside her husband and director of the contest, Eduart Grishaj, will take the reins as hosts of the 61st edition of Festivali i Këngës.

Since their debut at the Eurovision Song Contest 2004 in Istanbul, Turkey, Albania has participated at the contest a total of 18 times. Their highest placement was in 2012 when Rona Nishliu placed 5th in the Grand Final with her song “Suus”.

In Turin earlier this year, Ronela Hajati represented Albania with her up-tempo banger ‘Sekret ‘.The song quickly became a fan-favourite among Eurovision fans worldwide, but failed to qualify to the Grand Final. She placed 12th in the first Semi-Final with a total of 58 points.

What are your thoughts about the potential return of the televote? Who would you like to see representing Albania in 2023? Let us know by leaving a comment below! Be sure to stay updated by following @ESCXTRA on Twitter, @escxtra on Instagram, @escxtra on TikTok and liking our Facebook page for the latest updates! Also, be sure to follow us on Spotify for the latest music from your favourite ESC and JESC acts.

Special thanks to Bo van Leijden for her contributions to this article.

Comments on Televoting to return for Festivali i Këngës 61? 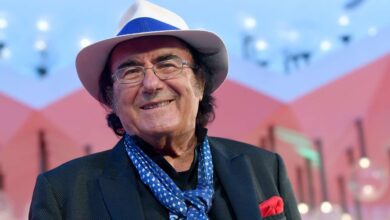 Joker Out to perform “Carpe Diem” at Eurovision 2023 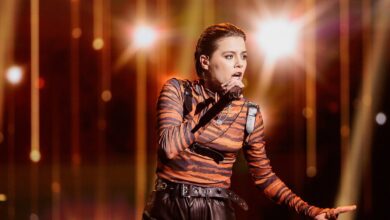