What was gradually becoming a prominent talking point in Eurovision circles had turned into the central subject of many debates this year. RTP, the hosting broadcaster of Eurovision 2018, decided not to use any LED screens on their Lisbon stage. Many fans seemed to like and appreciate the change of pace, while others strongly felt the LEDs’ absence and yearn for their return. Where do some of us at escXtra stand on this hot button issue?

Jakob: I think each hosting broadcaster should have the freedom to either utilize or exclude LEDs.

Like many others, I was surprised when the LED-less Eurovision 2018 stage was unveiled… but hindsight really is 20/20, isn’t it? Looking back to Kyiv 2017, the writing may have been on the wall, right next to the many, many, many selfies. We saw several delegations become rather complacent as no less than ten countries had images of their acts on the LED backdrops, with most of these being a major part of the stage show and not just a quick, short clip of the artist. I thought it was uninspired and even a bit lazy, and it got old very quickly.

At the beginning of the road to Lisbon 2018, I was one of the biggest doubters out there, and I believed that having no LED screens was a bad idea. I said that even though RTP’s goal was to put “more focus on the music,” the absence of LEDs would actually pull more focus from the music, as countries would scramble to create gimmicks in an attempt to stand out from the pack.

At this moment in time, I’m not convinced that we shouldn’t have LEDs but I am less of a doubter than I was. When I was watching Eurovision 2018, I didn’t miss the screens all that much, and their absence really did force delegations to get creative. Some countries did seem to throw their hands up in the air and not try all that hard to create another source of staging magic but overall, I found Lisbon’s stage shows to be better than Kyiv’s, where Eurovision LEDs hit an all-time low.

The lack of LEDs let attention-commanding acts like Cyprus’s Eleni Foureira stand out without being overwhelmed or distracted by LED graphics that would have been unnecessary to her performance. It’s safe to say that if LEDs were present, Cyprus’s delegation would have been pressured into using them just like everyone else, and that would have been to Eleni’s detriment as she herself,as well as her perfectly in-sync dancers, was all the performance needed. Some of the best staging moments this year only happened because they couldn’t take the easy way out with LED screens.

So all in all, I’m somewhere in the middle of the LED argument as I believe there are sound arguments both for their inclusion and their absence. Therefore, I’d say that we should assume LEDs will be included each year, but like we saw in Lisbon, hosting broadcasters should be allowed to exclude them from their contest if they wish to.

Yassia: LEDs aren’t inherently a positive or negative feature. It’s all about how you use them.

In my opinion, LED stage lighting is unavoidable in the 21st century as using LED lights helps save the energy. LEDs do not heat up as much the the conventional lights, and LEDs are really bright, which helps to make the performance more spectacular and attracts full attention of the audience to the stage. At the same time, I think that if not wisely used, LEDs can, on the contrary, distract the attention from the song itself. In my case, if I see that LEDs are too colorful and are blinking all the time and the images are constantly changing, I realize that I don’t listen to the song as attentively as I always do. I basically watch at the screens rather than listen to the song and look at the signer/s performance.

All in all, LEDs can either emphasize the message of the song and make the performance more memorable, or they can distract the audience from the song and the singer and make the performance look too messy and overwhelming.  I guess here you can never say “I’m one hundred percent LEDs fan” or “I hate the usage of LEDs on stage”. Everything depends on how wisely they are used.

Oliver: The addition of LEDs not only raises the general quality of the contest, but also makes it fairer for all.

Simply put, having a clear, strong graphical package allows another medium to engage with the audience and tell the story of the song. Lena’s ‘Taken by a Stranger’ needed the cascade of mirrored dancers during each chorus to really lift the mystique of the song. Similarly, Yohanna’s ‘Is It True?’ would not nearly be as effective without the atmospheric dream-world of clouds and a sunrise. Now, that isn’t to say I think every contest should have a huge LED like Moscow (I think the Moscow stage should be the exception rather than the rule!). Nevertheless, I don’t think some songs would be nearly as effective at conveying a complete narrative package. Watching the contest properly in 2007, one of the reasons I wanted to watch every act was to see what visuals they decided to go with. LED screens allows a delegation to lift their act beyond the arena and transport us all to the world of the song. Having a LED stage gives countries more options.

A delegation does not have to use the LED screens if they wish! ‘Suus’ is a great example. Though the LED screens are used, it is only to subtly light the stage with a gray and red light, which could have easily been replicated through non-LED means. The camera was fixated on Rona Nishliu, rather than the LED screen in the Baku Crystal Hall. Similarly, ‘Euphoria’ only used the LED floor during the bridge of the song, where other lighting effects or pyro could be used to create the same effect for those few seconds.

In the last decade, a few countries have generally shown an unlimited budget to stage their acts. However, for countries with a smaller Eurovision budget, LED screens gives each country a level playing field before the optional addition of grand props. It would seem absurd now to suggest that Eurovision should only be filmed with one camera, but countries are welcome to bring in additional cameras!

Recent contests such as Lisbon and Oslo, who have abandoned LED screens absolutely had charm and the stage, generally, worked perfectly for most acts. However, as a viewer it became glaringly evident that some delegations were unable to adapt. Though it was always part of their shtick, this year’s presentation from San Marino fell flat in comparison to other acts in the second semifinal. A few dancing robots are not on the same visual spectacle as the light screen of Sweden and the all-you-can-singe pyro from Hungary. These visuals do not come with a cheap price tag and it seems unsustainable to expect every nation to have those budgets year-on-year. This year we saw a plethora of props. Some good, some bad – as if delegations were desperate to fill the space of the stage and keep audience attention for three minutes. In those cases, the performance often came across as… questionable. LED screens can act as a performative safeguard to visually and creatively assist acts.

Nick: I would prefer Eurovision without LEDs in the future.

I loved LED screens until 2018. They can do fantastic things and turn stages into something absolutely stunning. However, you can feel that the focus slightly drifts away from the songs once you use those LED screens, and I found myself being more focused on the songs this year.

Riccardo: The absence of LEDs wasn’t as bad as I expected, but I want them back in the future.

I was more than skeptical when RTP revealed that there would be no LEDs in 2018 but I must admit I was pleasantly surprised at how things turned out. I found myself focusing more on the choreography, the singer and the show, sounds cliche but it’s true. That said, I do hope they will include them in the future again. Some performances this year would have definitely benefited from them. Looking back, I doubt certain performances would have looked that stunning without LEDs. Yes, I am thinking about Jamala’s breathtaking visuals.

Miki: Without LEDs, the comeback of stage props was a welcomed change.

LED screens can in fact enhance the visual presentation of a song, this has been proven thoughout more recent editions of the contest. However, we have experienced times where countries solely rely on technology or get rather lazy and unimaginative when it comes to staging their entry. Backdrops of rain, water, blue skies shuffle throughout the show and that leaves little to be desired (or remembered). This year’s edition was an example of how the lack of technology involved truly motivated the delegations to approach the whole project with more of a vision. The comeback of props was evident and that kind of a throwback, I am in for.

What do you think? Was Lisbon 2018 a good gap year to “reset” the LED concept and should they be brought back next year? Should we keep them away from the Eurovision stage? Should we use them every year from now on? Should it be up to the host country? Join the discussion in the comments below or on our various social media pages, and thank you very much for reading! 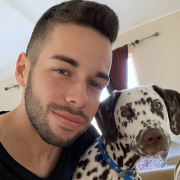