RTSH, the Albanian public broadcaster, has opened song submissions for Festivali i Këngës 60. This year will mark the 60th edition of the historic Albanian festival. Although it has not been confirmed that the festival will select their Eurovision 2022 entry, Albania have used the festival to select their artist since their debut in 2004.

RTSH have opened the submissions process for the 60th edition of Festivali i Këngës. The festival’s website provides the criteria for prospective applicants, but does not give a deadline. The requirements for applicants are as follows:

Although details are sparse, the festival is usually hosted in December over three nights. With the exception of 2015, when Elhaida Dani’s song was internally-selected, the festival has been used by RTSH to select Albania’s entry every year since their debut in 2004. However, until recently, entries often underwent significant revamps (often translation) between Festivali i Këngës and Eurovision.

In 2020, Albania was due to be represented by Arilena Ara with her song ‘Fall From the Sky‘. She had controversially won Festivali i Kenges 58 with “Shaj” the previous December, which had been translated to English for the contest.

However, RTSH opted to run a fresh contest for FIK 59, which Arilena did not return for. FIK 59 was a festival like no other, taking place outdoors in Tirana’s Italia Square in late December due to the pandemic. 26 participants became 25 when Manjola Nallbani contracted COVID-19 shortly before the festival. The first two nights were pre-recorded, with the final night being broadcast live on December 23.

Despite the challenges, Anxhela Peristeri triumphed with her entry “Karma”. Following a subtle revamp, the song remained in Albanian in Rotterdam, where she qualified from the second semi-final in 10th. She ultimately placed 21st in the Grand Final with 57 points.

Are you looking forward to Festivali i Këngës returning? Who would you like to see participate? Let us know! Be sure to stay updated by following @ESCXTRA on Twitter, @escxtra on Instagram and liking our Facebook page for the latest updates! Also, be sure to follow us on Spotify and YouTube to see our reactions to the news in the run up to the 2022 national final season!

“Duje” to be revamped ahead of Eurovision 2023 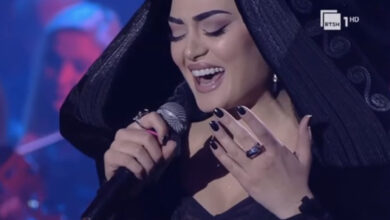