According to ESCBubble, ČT received over 150 entries from the open call. They have now confirmed that ESCZ will be used once again to select their entry, and it will once again be an online selection format. However, unlike the 2019 and 2020 editions, the entries will be performed via a live-on-tape, with the final due to take place in December. Previously, voting was conducted based on music videos of the entries.

The broadcaster is currently shortlisting the entries, which were submitted from around the world. Successful candidates will be contacted by October 20 to confirm the terms and intentions of their participation. The performances are due to be released in early December, prior to the selection itself.

Back in 2020, Benny Cristo won Czech Republic’s national selection and was set to represent his country in Rotterdam with the song “Kemama”. After the 2020 contest was cancelled, Benny was selected internally by the broadcaster ČT for 2021.

The song was written by Benny and Filip Vlček, who will also join Benny Cristo on the stage at the Eurovision Song Contest 2021. Benny was one of the few artists to confirm that he would not be using pre-recorded backing vocals prior to the contest.

Benny performed third in the second semi-final, placing 15th with 23 points. This marked the Czech Republic’s first non-qualification since 2017.

You can watch our interview with Benny here.

Who would you like to see represent the Czech Republic next year? Let us know! Be sure to stay updated by following @ESCXTRA on Twitter, @escxtra on Instagram and liking our Facebook page for the latest updates! Also, be sure to follow us on Spotify and YouTube to see our reactions to the news in the run up to the 2022 national final season!

Comments on ESCZ 2022 to take place in December! 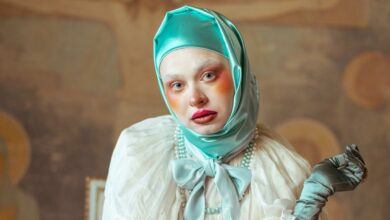