After clucking her way to victory with “Toy” in the Eurovision final in Lisbon, just weeks ago, Netta’s impact shows no sign of slowing down. She recently featured in the Israel Day Parade concert held in Times Square.

Held along New York’s famous Fifth Avenue, the Israel Day Parade has been a tradition since 1965. At the time thousands took to the streets and marched to show their solidarity for the State of Israel, as it was then known. Thereafter it formalised into the largest Israeli annual parade and concert it has become today. Over 40,000 people regularly turn out for the event, including many dignitaries and community leaders from the American Jewish society.

2018 was a special milestone for the parade as it coincides with the 70th anniversary of Israel’s independence. On 3rd June the iconic Times Square billboards lit up with highlights of Israel in popular culture and innovations over the decades. Following this was a concert featuring the likes of former Eurovision star, Shiri Maimon who finished 4th in 2005. During these birthday celebrations Israel’s latest Eurovision winner and hottest new export, “Toy” by Netta was played across all the billboards. See the video below!

Netta has been transcending borders and continents ever since “Toy” was released. Taking over America follows up on the songs earlier viral impact, with the Ugandan Spoon Youth filming themselves dancing to “Toy” and of course the biggest story of the year when the music video became a Eurovision record breaker.

The winning performance in the grand final has also now amassed almost 30 million views and the song has charted around Europe most notably in Sweden, Norway, Spain and the United Kingdom.

Are you still taking your Pikachu home? What do you think of Netta’s global domination? Let us know in the comments below and on social media @ESCXTRA 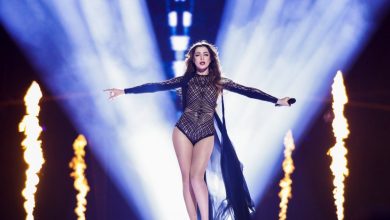