Back in August, it was announced that Azerbaijan would be returning to Junior Eurovision this year. Along with the announcement came the confirmation that Sona Azizova would represent them in Paris. Today, her entry was released.

Sona Azizova was internally-selected to represent Azerbaijan at the 2021 Junior Eurovision Song Contest back in the summer. Earlier this year, Sona finished second in the first season of The Voice Kids Azerbaijan.

The song was written and composed by Maria Broberg, Francisco Faria, Martin Wiik, Hampus Eurenius, Javid Shahbazbayov and Sona herself.

Among the 19 we see returns for Albania, Armenia, Azerbaijan, Bulgaria, Ireland, Italy, North Macedonia and Portugal. However there are withdrawals for Australia again, and of course the expulsion of Belarus. The Junior Eurovision Song Contest 2021 will be broadcast live on December 19 and starts at 17:00 CET.

Tickets for the rehearsal show and Grand Final went on sale on Wednesday 3 November. The contest will be hosted by Élodie Gossuin, Olivier Minne and Carla.

What do you think about “One Of Those Days”? Let us know! Be sure to stay updated by following @ESCXTRA on Twitter, @escxtra on Instagram and liking our Facebook page for the latest updates! Also, be sure to follow us on Spotify and YouTube to see our reactions to the news in the run up to the 2022 national final season! 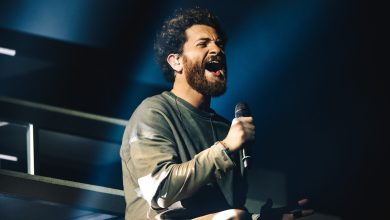