In the past hour, Senhit has announced on Twitter that her Eurovision 2021 entry will now be revealed on Monday 8th March. Her entry was originally set to be revealed tomorrow (23rd February).

Senhit was set to represent San Marino at Eurovision 2020, with her song “Freaky!”. After the cancellation of the 2020 contest, Senhit was invited back by the Sanmarinese broadcaster SMRTV to represent the country in 2021.

Writing on Twitter, Senhit revealed the date change for her entry release, but she did promise that the song would be “something special”.

The news was also revealed on the San Marino RTV Twitter account and the official Eurovision website, which wrote that a “crucial pitstop on Senhit’s #FreakyRoadTripToRotterdam has been revealed”.

San Marino now joins many other countries by releasing their entry in March, ahead of the Head of Delegations meeting which will be held in three weeks’ time on 15th March.

In 2011, Senhit represented San Marino in Düsseldorf (as Senit), with the song “Stand By“. Unfortunately, she failed to qualify for the Grand Final when she placed 16th in the semi-final.

Are you excited to hear Senhit’s entry? Do you think the delay will be worth the wait? 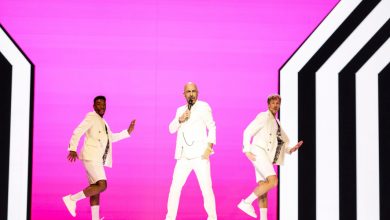