Soon after the announcement of the cancellation of this year’s contest, ERT were one of the first broadcasters to confirm that their 2020 artist would be returning next year. According to Stefania, we may be hearing her new entry sooner rather than later…

Back in March, Greek public broadcaster ERT released a press statement to address the news about the EBU’s decision to cancel this year’s contest. In the statement, the broadcaster expressed their intentions to continue their cooperation with Stefania for next year.

According to a new interview, we may be hearing her new entry sooner than we thought! Speaking to Eurovision Fun, Stefania revealed that Dimitris Kontopoulos has already written the song she will be performing at the 2021 contest. Dimitris also wrote her 2020 entry “Superg!rl” and her recent single “Friday”, which was also in the running for Rotterdam 2020.

According to Z News, the entry is due to be revealed in November, however, this has not been confirmed by neither ERT nor Stefania. The as-yet-untitled song has been described as ‘dance pop’, like the duo’s other collaborations.

We also know that national selections will be going ahead in Denmark, Estonia, Finland, Lithuania, Norway and Sweden.

In an unprecedented twist, the EBU also recently announced that pre-recorded backing vocals will be allowed at the 2021 contest.

Are you excited to hear the song? Do you think November is too early? Let us know! Be sure to stay updated by following @ESCXTRA on Twitter, @escxtra on Instagram and liking our Facebook page for the latest updates! Also, be sure to subscribe to our YouTube channel to see our reactions to the news in the upcoming months.

Comments on 🇬🇷 Greece: Stefania to release her Eurovision 2021 entry in November? 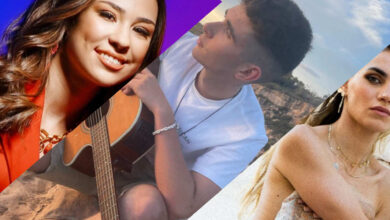